This image of Tyrrhena Patera is a mosaic of daytime thermal infrared images colorized with a mosaic of nighttime temperature images (purple/blue is coldest, yellow/red is warmest).

The colder nighttime temperatures (blue hues) in the caldera and on the flanks of the volcano indicate that this area is likely covered with finer-grained materals. This contrasts strongly against the warm (red) area to the northwest. These warmer temperatures indicate a rockier surface, possibly even exposed bedrock. This is especially probably where the red hues conform with the topography.

A Flash-based viewer is available for this image. 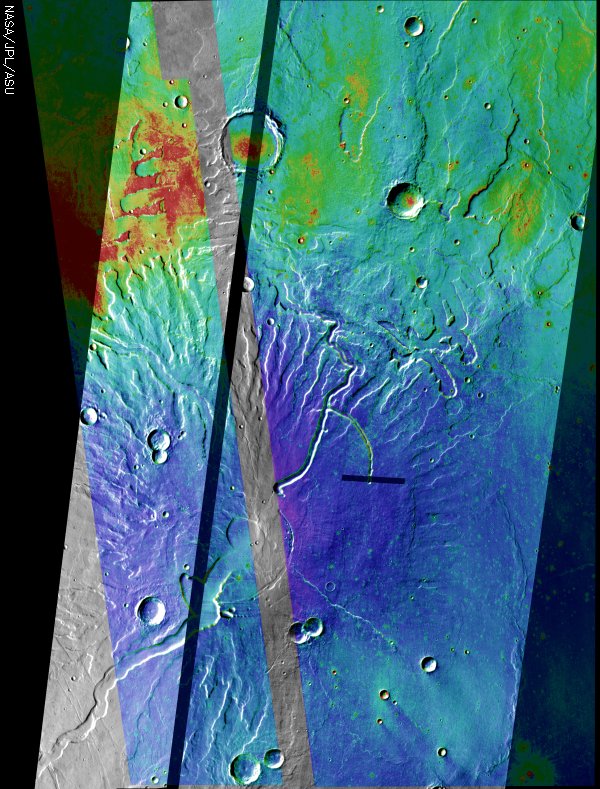