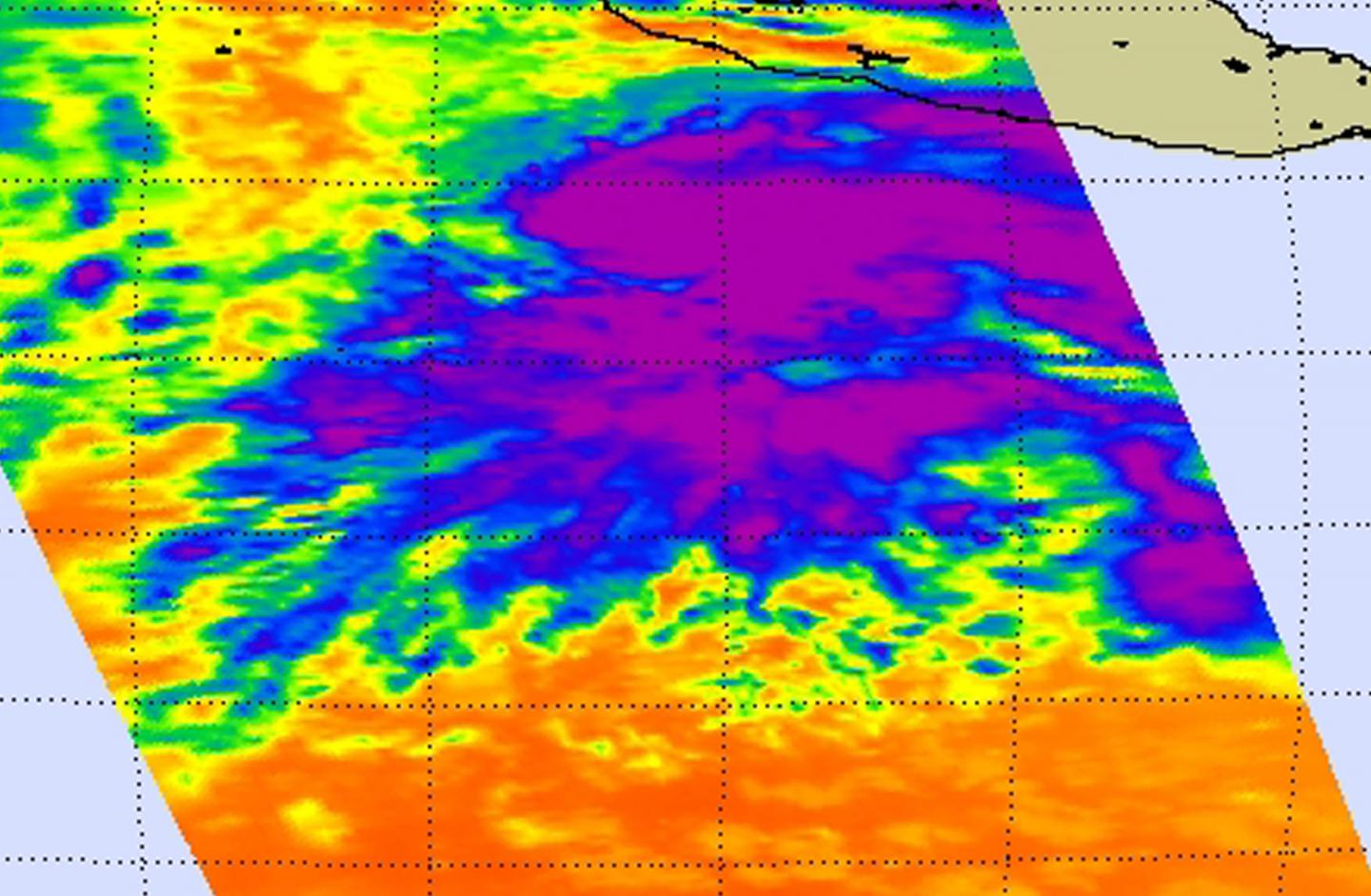 Blanca developed early Monday morning, June 1 and strengthened into a tropical cyclone later in the day.

On June 1 at 20:29 UTC (4:29 p.m. EDT), the Atmospheric Infrared Sounder or AIRS instrument that flies aboard NASA’s Aqua satellite gathered infrared data on Blanca. AIRS data from this flyover showed that cloud top temperatures over a larger area were cooling, indicating there was more uplift in the atmosphere and cloud tops were extending higher into the troposphere (and were getting stronger). AIRS measured some very cold cloud tops near 210 kelvin (-81.6F/-63.1C) indicating very high, powerful thunderstorms with heavy rain.

The International Space Station (ISS)-RapidScat instrument measures surface winds over the ocean. The ISS-RapidScat instrument gathered surface wind data today, Tuesday, June 2 from 00:35 to 2:05 UTC (June 1 from 8:35 p.m. EDT to 10:05 p.m. EDT). RapidScat identified the strongest winds in Blanca south of the center and as strong as 30 meters per second (67 mph/108 kph). Meanwhile, maximum sustained winds around the rest of Blanca’s center had increased from 45 (75 kph) to 50 mph (85 kph). Forecasters at the National Hurricane Center forecast those winds will continue to increase as Blanca strengthens into a hurricane.

The National Hurricane Center noted that the cloud pattern of Blanca has become a little better organized overnight with increased banding and very deep convection over the center.

At 5 a.m. EDT (9:00 UTC), the center of Tropical Storm Blanca was located near latitude 13.3 North and longitude 104.6 West. That puts Blanca’s center about 365 miles (585 km) southwest of Zihuatanejo, Mexico. Blanca was crawling toward the west near 1 mph (2 kph) and forecasters at the National Hurricane Center (NHC) expect a slow and erratic motion during the next couple of days. Blanca’s maximum sustained winds were near 50 mph (85 kph) with higher gusts.

The tropical storm is located in an environment that will enable rapid development over the next few days: low vertical wind shear, warm waters (over 26.6 C/80F) and a moist atmosphere. As a result, NHC forecasters expect rapid strengthening during the next couple of days. Blanca is forecast to become a major hurricane by Wednesday night or early Thursday.