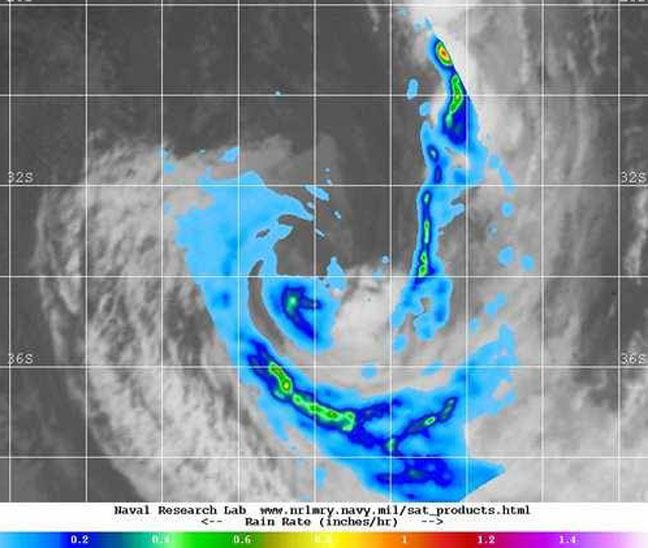 The final warning was issued on Tropical cyclone Fundi on Sunday, Feb 8 as NASA-JAXA’s GPM satellite captured its waning rainfall.

NASA-JAXA’s Global Precipitation Measurement (GPM) core satellite captured an image of rainfall associated with Tropical Storm Fundi on Feb. 8 at 22:00 UTC (5 p.m. EST) that showed a fragmented band of thunderstorms east and south of the center. There were some areas within those broken bands where GPM measured rainfall occurring at 1 inch (25 mm) per hour.

Fundi was in an extremely hostile environment where Vertical wind shear was strong, blowing as fast as 40 knots (46 mph/74 kph). The other factor that helped weaken the storm quickly is that Fundi had moved over cool waters near 25 C (77 F) and a tropical cyclone needs 26.6 C (80 F) to survive. Fundi dissipated by February 9 as it moved further south.