By SpaceRef Editor
May 9, 2015
Filed under Earth, Earth Science, NASA HQ, US 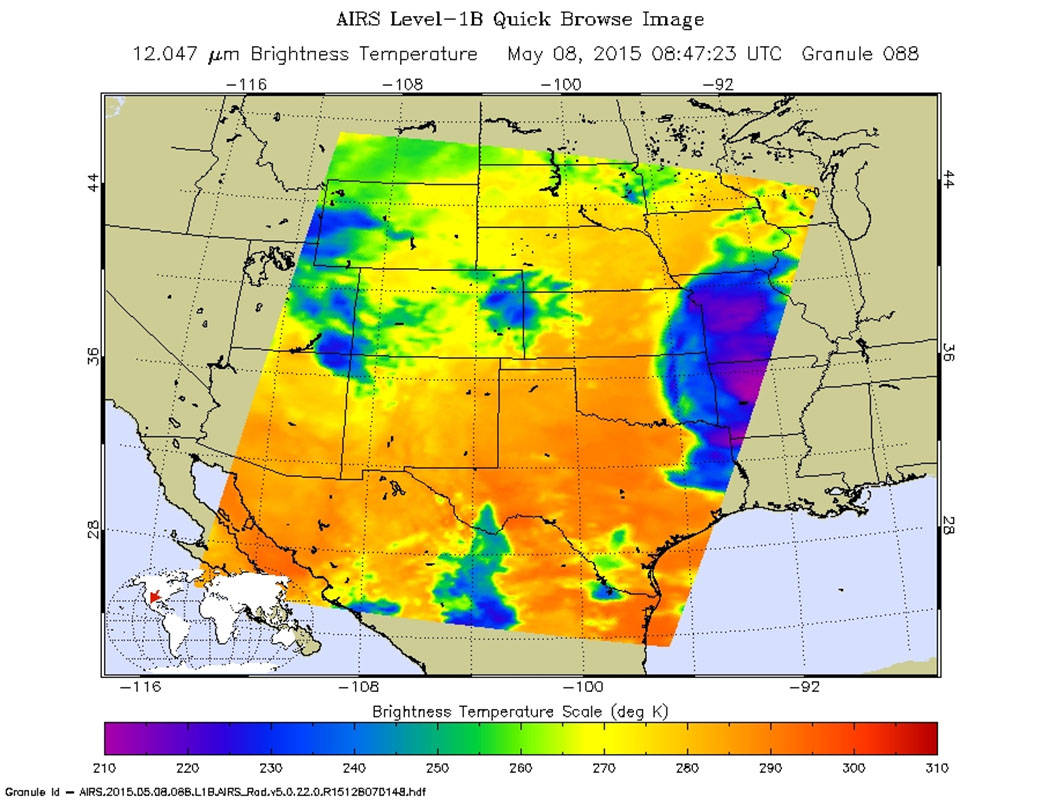 NASA’s latest imagery from the AIRS instrument on the Aqua satellite shows distinct indications of strong storms brewing in the Midwest.  Accuweather forecaster, Brian Lada, has commented that “Friday could turn out to be one of the nastier days of the week in terms of severe weather, impacting some areas that were hit by severe storms earlier in the week. This is not good news for communities that are still cleaning up after being devastated by tornadoes earlier in the week.”  Predictions are that Friday and especially Saturday may have significant outbreaks of tornadoes due to the instability of the air masses.

Tornadoes are caused by warm, moist tropical air meeting with cold dry polar air creating severe thunderstorms which then in turn produce tornadoes.  The Atlantic is seeing its first tropical storm of the season (actually before the season even begins on June 1) with Tropical Storm Ana and the warm, moist air from that storm is making its way up the eastern coast of the United States.  The AIRS image above shows the temperatures from both ends of the temperature scale meeting up.  The very cold cloud tops indicate strong convection, causing those cloud tops to rise to the tropopause (the boundary between the troposphere and the stratosphere) and even overshoot it.  The troposphere is one of the lowest layers of the Earth’s atmosphere; it is located right above the planetary boundary layer, and is the layer in which most weather phenomena take place. The cold spots are likely areas where the cloud towers are topped by ice, or are areas of very strong precipitation.  This is another indication of very strong convective storms.

Those persons in the affected areas should be on alert for the outbreak of tornadoes and take necessary precautions.