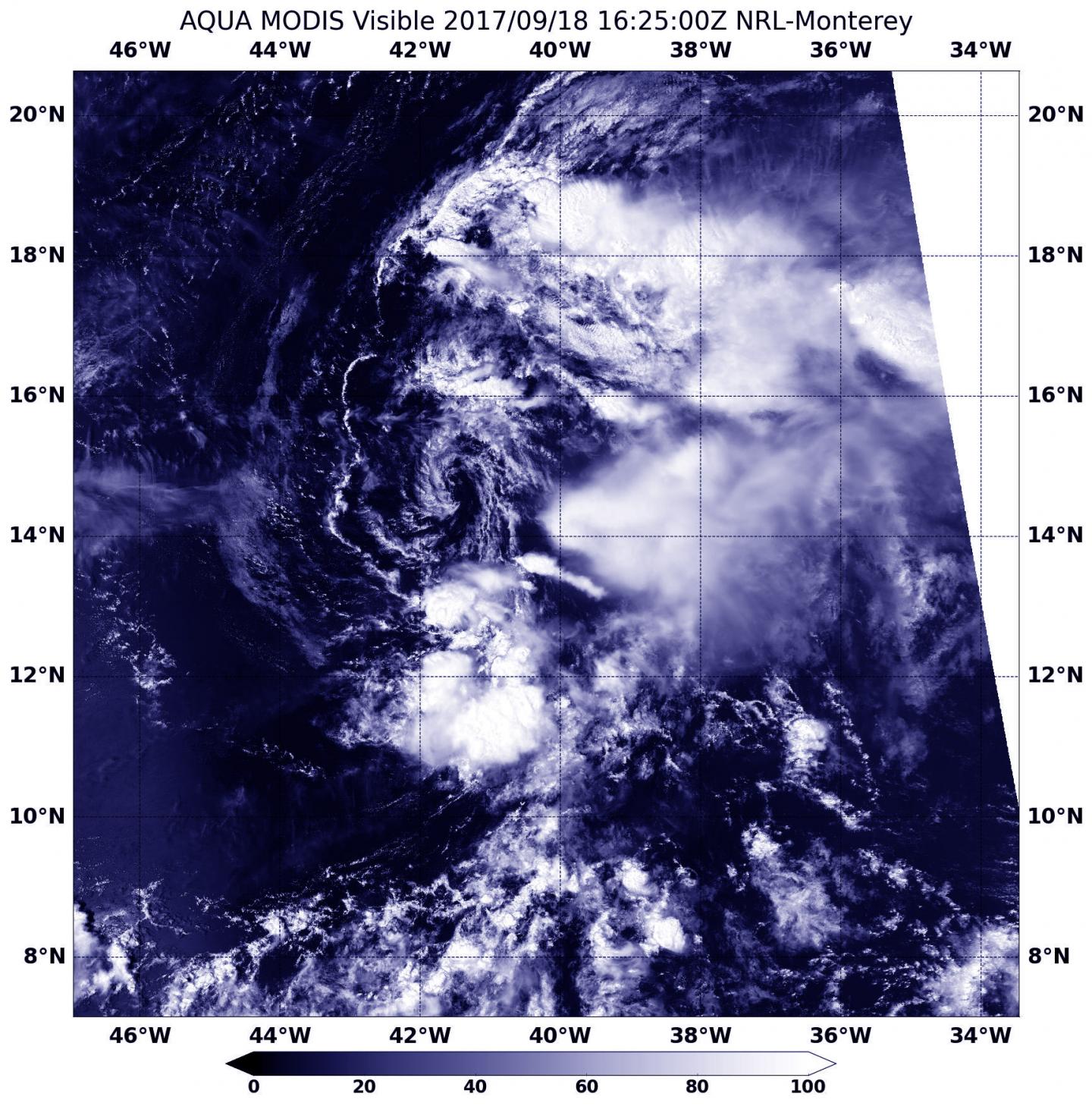 Visible imagery from NASA’s Aqua satellite showed Tropical Storm Lee as a weak swirl of clouds around its center with most of its clouds and thunderstorms pushed east of its center.

On Sept. 18 at 12:25 p.m. EDT (1625 UTC) the Moderate Resolution Imaging Spectroradiometer or MODIS instrument aboard NASA’s Aqua satellite provided an visible image of Tropical Depression Lee. Those thunderstorms east of the center developed during the morning hours and were pushed east of the center from strong westerly to northwesterly vertical wind shear.

The National Hurricane Center discussion noted, “After being nearly devoid of thunderstorm activity overnight, a burst of deep convection has developed near and to the east of the center this morning.”

At 11 a.m. EDT (1500 UTC) the center of Tropical Depression Lee was located near 14.1 degrees north latitude and 40.6 degrees west longitude. That’s about 1,115 miles (1,795 km) west of the Cabo Verde Islands. The depression is moving toward the west-northwest near 14 mph (22 kph). A turn to the northwest with a decrease in forward speed is expected to occur tonight. Maximum sustained winds remain near 35 mph (55 kph) with higher gusts. Weakening is expected, and Lee is forecast to degenerate into a remnant low on Tuesday, Sept. 19.

NHC Forecaster Cangialosi noted” Lee is expected to be embedded within very strong westerly to northwesterly shear during the next couple of days. These hostile winds, combined with a dry environment, should cause Lee to weaken and become a remnant low in about 24 hours.”