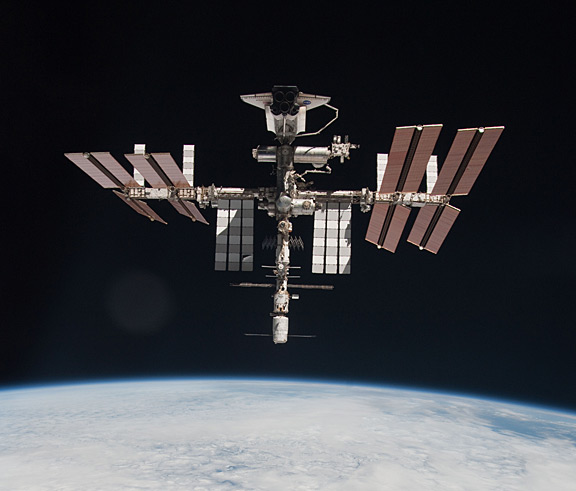 This image of the International Space Station and the docked Space Shuttle Endeavour, flying at an altitude of approximately 220 miles, was taken by Expedition 27 crew member Paolo Nespoli from the Soyuz TMA-20 following its undocking on May 23, 2011 (USA time). It is the first-ever image of a space shuttle docked to the International Space Station. Onboard the Soyuz were Russian cosmonaut and Expedition 27 commander Dmitry Kondratyev; Nespoli, a European Space Agency astronaut; and NASA astronaut Cady Coleman. Coleman and Nespoli were both flight engineers. The three landed in Kazakhstan later that day, completing 159 days in space. high res (2.0 M) low res (64 K) 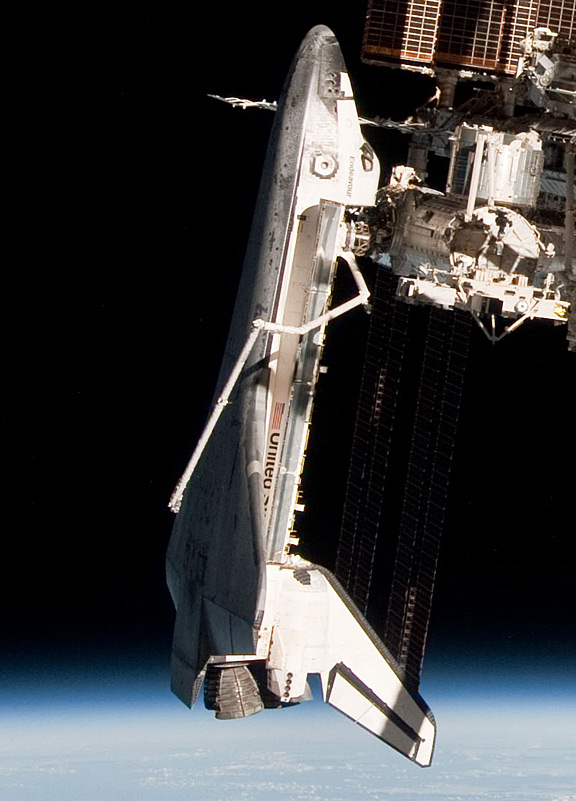 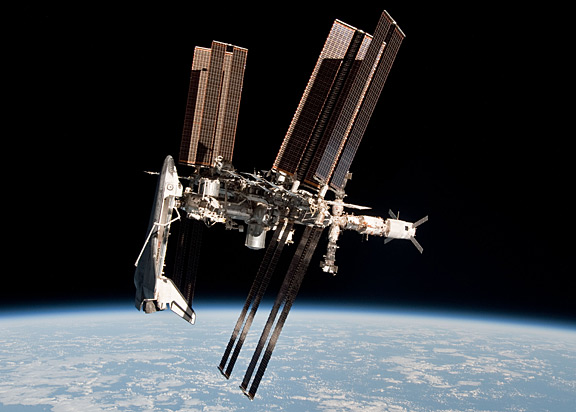 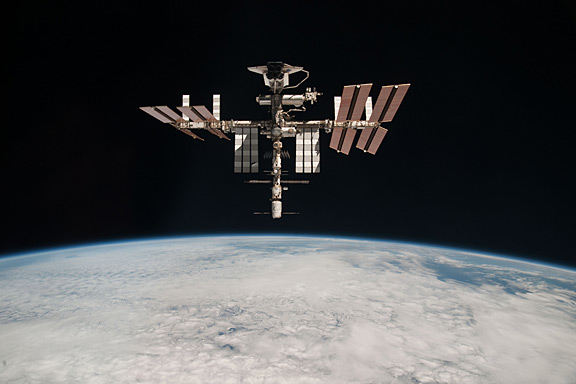 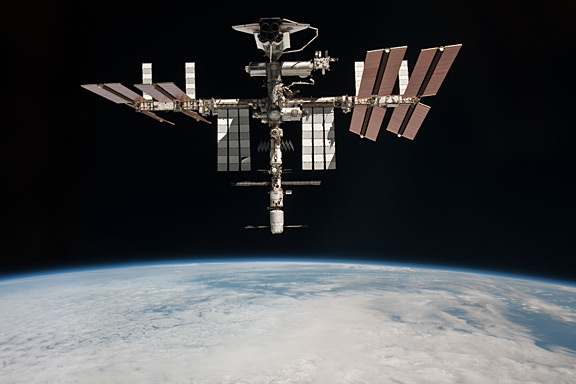 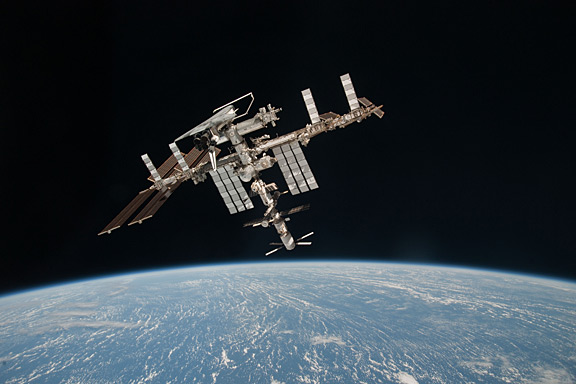 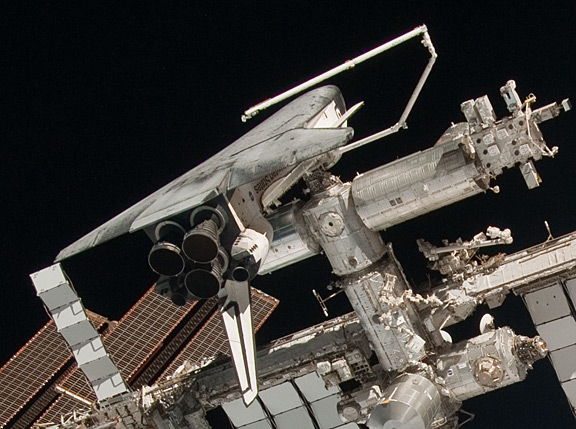