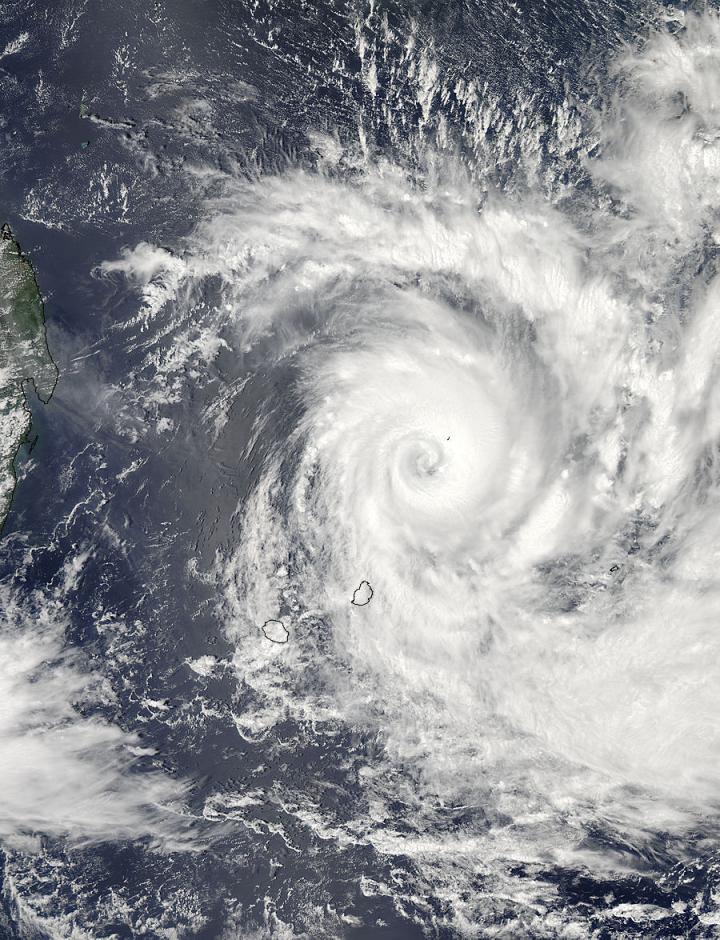 Early on January 14 NASA’s Aqua satellite passed over Tropical Cyclone Bansi in the Southern Indian Ocean after it weakened from a Category 4 hurricane to a Category 2 hurricane on the Saffir-Simpson scale. Satellite data suggests that Bansi may be undergoing eyewall replacement.

The Moderate Resolution Imaging Spectroradiometer aboard NASA’s Aqua satellite captured a visible image of Tropical Cyclone Bansi at 09:55 UTC (4:55 a.m. EST). The storm was tightly wound with thick bands of powerful thunderstorms wrapping around the storm from north to east and into the center from the southwestern quadrant. In the image, clouds were wrapping into Bansi’s 12 nautical-mile-wide (13.8 mile/22.2 km) eye. Forecasters at the Joint Typhoon Warning Center (JTWC) noted that it may be an indication of eyewall replacement, during which the centermost ring of thunderstorms clouds (the eyewall) weakens and is “swallowed up” by a new eyewall of thunderstorms that encroached on the eye of the storm from the spiraling rain bands.