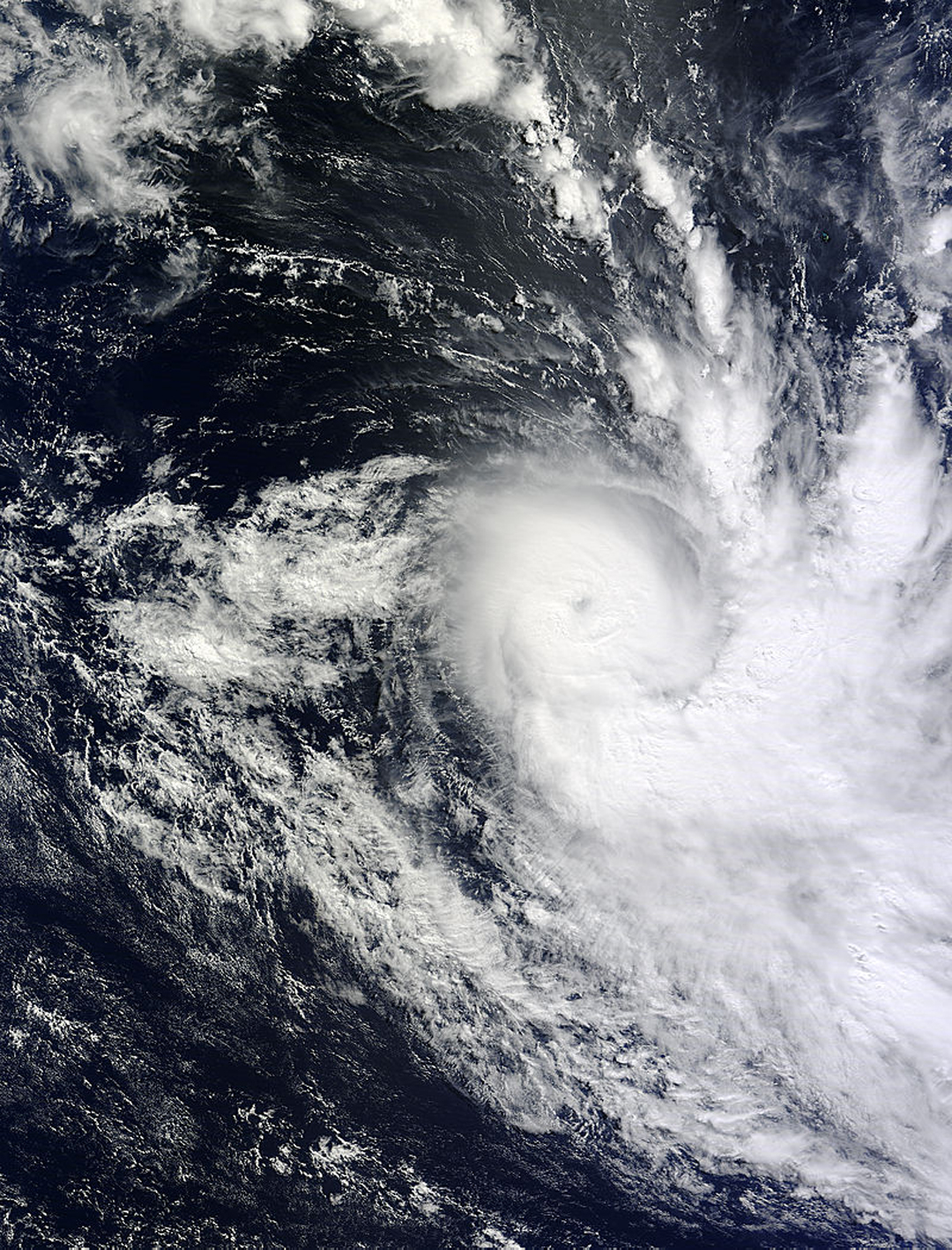 Tropical Cyclone Ikola maintained hurricane-force winds on the second day of its existence when NASA’s Aqua satellite passed overhead on April 7. Ikola is in the Southern Indian Ocean, currently far from land, but on a forecast track to move toward southwestern Australia in a couple of days.

On April 7 at 04:25 UTC (12:25 a.m. EDT) the Moderate Resolution Imaging Spectroradiometer or MODIS instrument aboard NASA’s Terra satellite captured a visible-light image of Tropical Cyclone Ikola. Ikola’s eye was small and slightly obscured by high clouds, but still discernable in the MODIS image. Powerful thunderstorms wrapped tightly around the center, while a large, thick band of thunderstorms from the eastern quadrant circled the storm and wrapped into it south of the center.

On April 7 at 0900 UTC (5 a.m. EDT), Tropical Cyclone Ikola’s maximum sustained winds were near 95 knots (109.3 mph/175.9 kph). It was centered near 18.0 south latitude and 93.4 east longitude, about 1,193 nautical miles (1,373 miles/ 2,209 km) west of Learmonth, Australia. Ikola was moving to the southeast at 14 knots (16.1 mph/25.9 kph), and the Joint Typhoon Warning Center (JTWC) expects the storm to continue in that direction over the next several days while weakening. Ikola is moving into an area of increased vertical wind shear and cooler sea surface temperatures. When Ikola moves far to the west of Perth, Western Australia around April 10, the JTWC expects the storm to dissipate at sea.