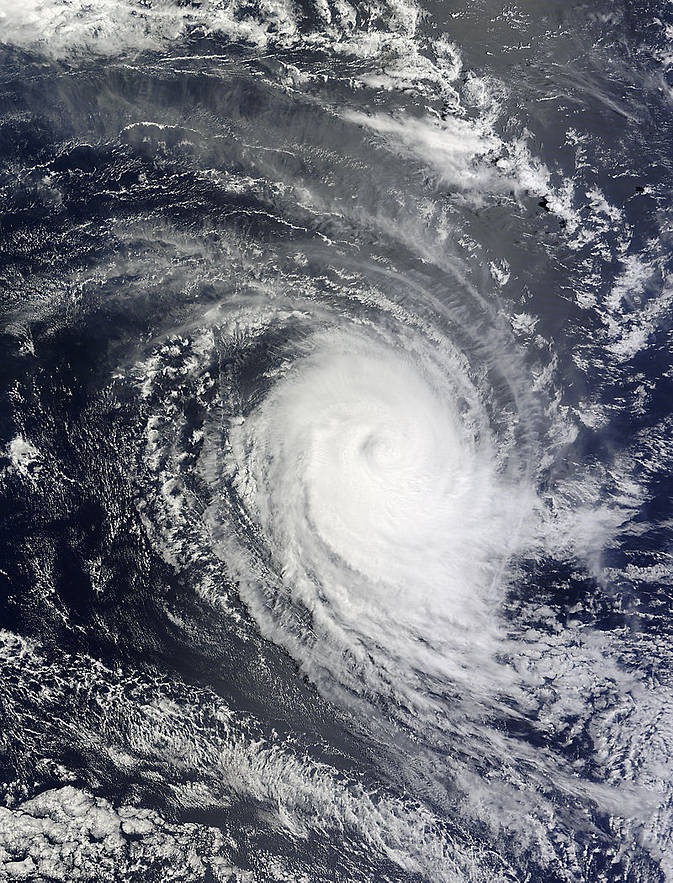 Tropical Cyclone Eunice has been spinning around in the Southern Indian Ocean for the last week and by Feb. 1 as NASA’s Terra satellite passed overhead, the storm was transitioning into an extra-tropical cyclone.

A tropical cyclone becomes extra-tropical when its warm core becomes a cold core, like a typical mid-latitude low pressure area.

On Jan. 31, 2015 at 09:00 UTC (4 a.m. EST), the Moderate Resolution Imaging Spectroradiometer (MODIS) instrument aboard NASA’s Aqua satellite captured a visible image of Tropical Cyclone Eunice and the storm appeared circular with strong thunderstorms wrapped around the center. The next day, Feb. 1, 2015 at 05:20 UTC (12:20 a.m. EST), MODIS aboard NASA’s Terra satellite captured a visible image of Eunice. In that image, Eunice appeared to be elongated from north to south.

The JTWC noted that the system is encountering increasing vertical wind shear and cooler sea surface temperatures as it rapidly approaches a baroclinic zone where it will weaken and dissipate. The National Oceanic and Atmospheric Administration defines a baroclinic zone as a region in which a temperature gradient exists on a constant pressure surface. Baroclinic zones are favored areas for strengthening and weakening systems. Wind shear is also a characteristic of a baroclinic zone, and can tear a storm apart, which will be the case with Eunice over the next several days.