Two pairs of dark spots, or storms, in Saturn’s atmosphere squeeze past each other as they dance around the planet. In this group of four storms, the top left and lower right storms are fringed with white clouds. The image was taken with the Cassini narrow angle camera in the near infrared on May 5, 2004, at a distance of 29.5 million kilometers (18.3 million miles) from Saturn. Image scale is 176 kilometers (109 miles) per pixel. Contrast in the image was enhanced to aid visibility. 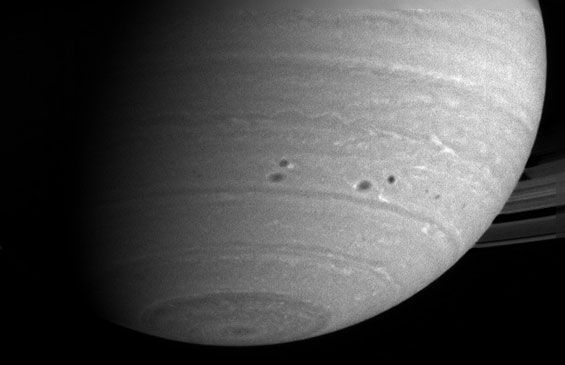