Saturn’s magnificent rings show some of their intricate structure in this image taken on May 11, 2004, by the Cassini spacecraft’s narrow angle camera. Although they appear to be solid structures, the rings are composed of billions of individual particles, each one orbiting the planet on its own path.

Satellites visible in this image: Janus (181 kilometers, or 113 miles across) above the rings, and icy Enceladus (499 kilometers, or 310 miles across) below the rings. The F ring shepherd moons Prometheus and Pandora can be seen along Saturn’s outermost F ring if the image is further contrast enhanced. The image was taken in visible light from a distance of 26.3 million kilometers (16.4 million miles) from Saturn. The image scale is 158 kilometers (98 miles) per pixel. Contrast in the image was enhanced to aid visibility. 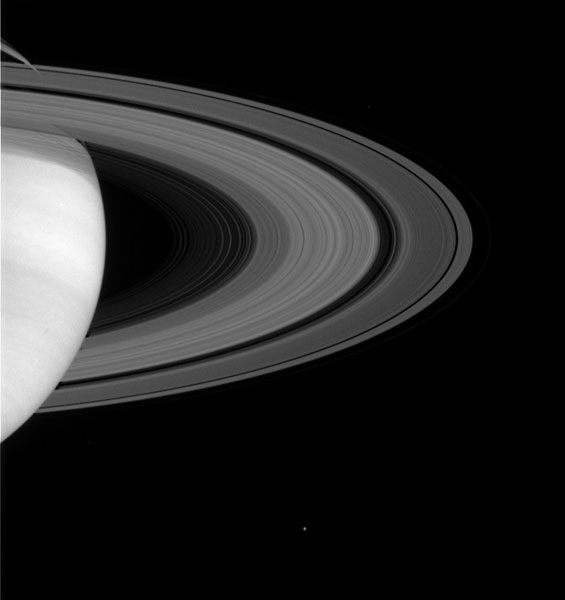