Saturn’s moon Prometheus is seen orbiting inside the planet’s F-ring, which exhibits some of the knotted structure for which it is renowned. Near the center, separating the A and B rings is the famous Cassini division. The image was taken with the Cassini narrow angle camera on May 10, 2004, at a distance of 27 million kilometers (16.8 million miles) from Saturn. Image scale is 161 kilometers (100 miles) per pixel. Prometheus is 102 kilometers (63 miles) across. The image has been contrast-enhanced and magnified to aid visibility. 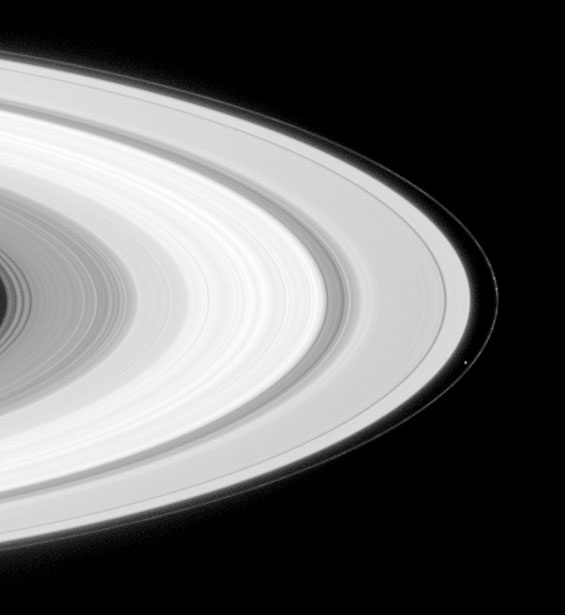