By SpaceRef Editor
May 31, 2004
Filed under Cassini, Jet Propulsion Laboratory, Saturn, US

Two of Saturn’s moon’s Prometheus (102 kilometers, or 63 miles across) and Pandora (84 kilometers, or 52 miles across), are seen here shepherding the planet’s narrow F-ring. Prometheus overtakes Pandora in orbit around Saturn about every 25 days. Slightly above the pair and to the right is another moon, Epimetheus (116 kilometers, or 72 miles across). The image was taken with the narrow angle camera on the Cassini spacecraft on May 1, 2004, at a distance of 31.4 million kilometers (19.5 million miles) from Saturn. Image scale is 187 kilometers (116 miles) per pixel. The image has been magnified and greatly contrast-enhanced to aid visibility. 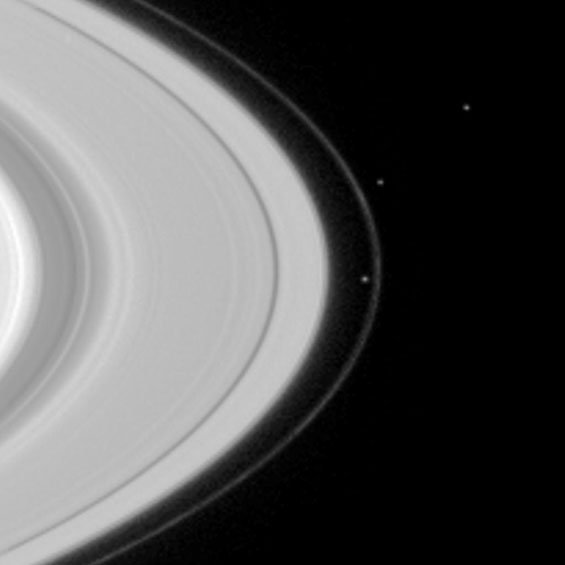