The usually bright B ring (at center) appears very dim in this view of the rings taken on the side of the rings that is not illuminated. The scene resembles a photographic negative, with bright and dark areas reversed (although in some places in the rings, the blackness of space is seen). From this viewing angle, the rings are lit from below: both dense and empty regions are dark, and regions of intermediate particle density are bright.

The image was taken with the Cassini spacecraft wide angle camera on Oct. 27, 2004, at a distance of about 631,000 kilometers (392,000 miles) from Saturn through a filter sensitive to wavelengths of visible violet light. The image scale is 34 kilometers (21 miles) per pixel. 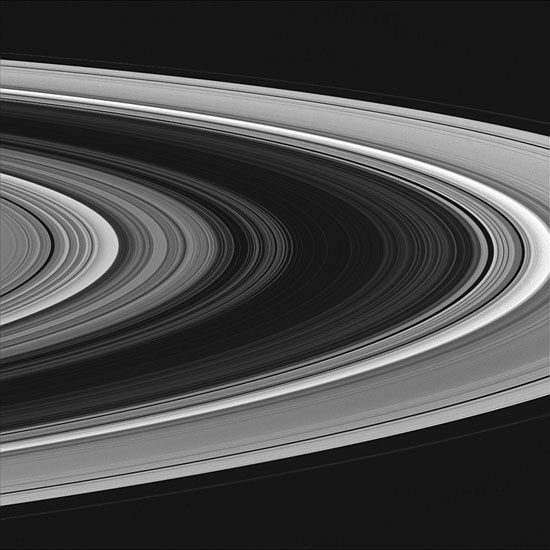