NASA Cassini Saturn Image: From the Dark Side

As Cassini swung around to the dark side of the planet during its first close passage after orbit insertion, the intrepid spacecraft spied three ring moons whizzing around the planet.

The normally bright B ring appears very dark from this vantage point. Regions with smaller concentrations of particles, such as the Cassini division (bright near center) transmit more sunlight and thus are brighter. 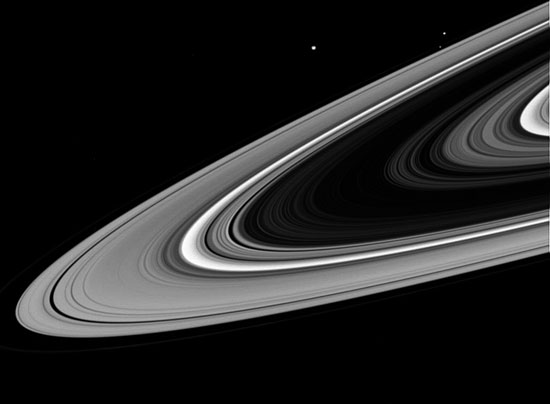 Science and Exploration
Determining The Dust Environment Of An Unknown Comet For A Spacecraft fly-by: The Case Of ESA’s Comet Interceptor Mission
Status Report
LATEST