After nearly seven years of space travel, the Cassini-Huygens spacecraft will arrive at Saturn on June 30. In a maneuver called orbit insertion, Cassini will slow itself down to enter into orbit around the ringed planet. NASA TV will cover JPL mission control as it communicates with the spacecraft during this critical phase of the mission.

(All times are approximate and listed in Pacific Time)

*If everything proceeds as planned, first images are expected July 1, at approximately 5 a.m. 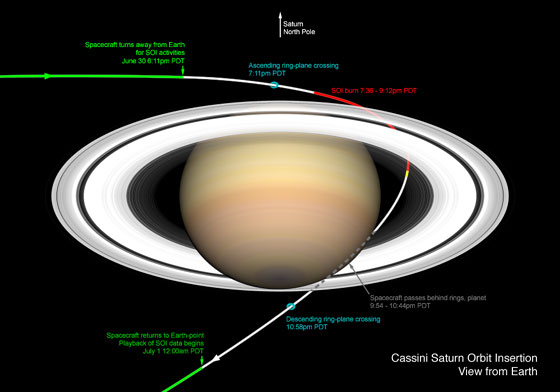