NASA Cassini Mission: A Journey in Images Through 2006

Saturn’s rings, beautiful and mysterious, are an optical illusion on a cosmic scale. Far from solid, they’re actually a blizzard of water-ice particles mixed with dust and rock fragments. The Cassini mission has already captured amazing views of this dynamic system.

Cassini Rings in the New Year

With giant Saturn hanging in the blackness, the Cassini spacecraft viewed the rings as never before, revealing previously unknown faint rings and even glimpsing our home world.

With giant Saturn hanging in the blackness, the Cassini spacecraft viewed the rings as never before, revealing previously unknown faint rings and even glimpsing our home world.

A golden view of the outer B ring, the Cassini Division and the inner part of the A ring.

The dark Cassini Division, within Saturn’s rings, contains a great deal of structure, as seen in this color image.

The Rings and Moons Dance

The little moon Daphnis drifts through the Keeler gap at the center of its entourage of waves.

Never-before-seen details in Saturn’s F ring, including the perturbing effect of small moonlets orbiting in or close to the ring’s bright core. 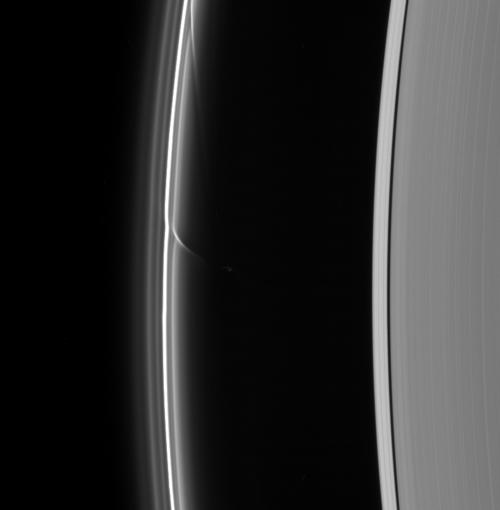 The shepherd moon Prometheus pulls two long streamers out of the F ring. 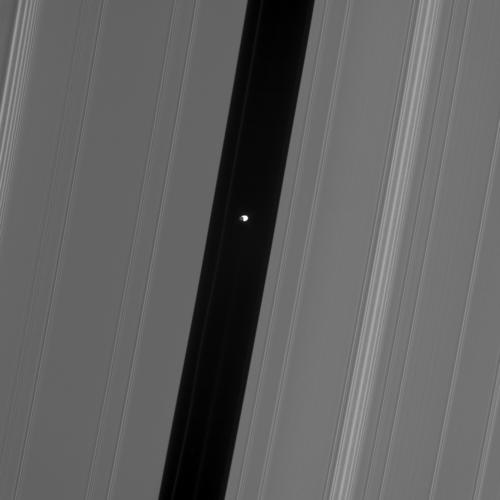 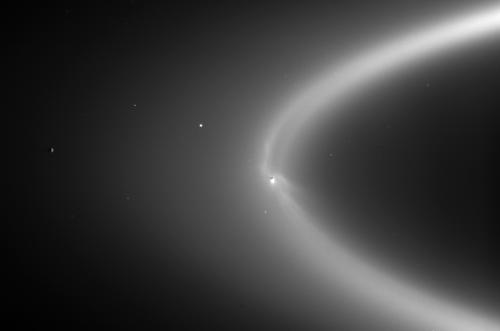 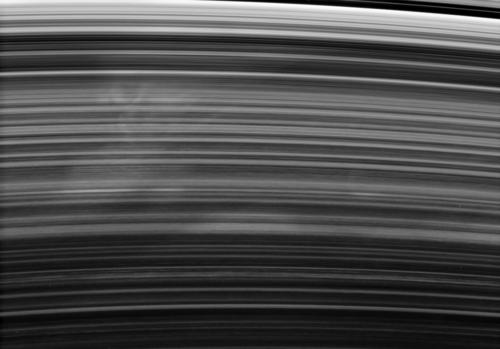 A broad and ghostly spoke drifts past under the Cassini spacecraft’s gaze. 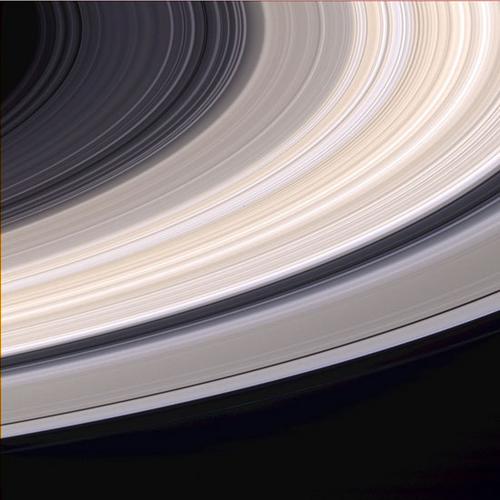 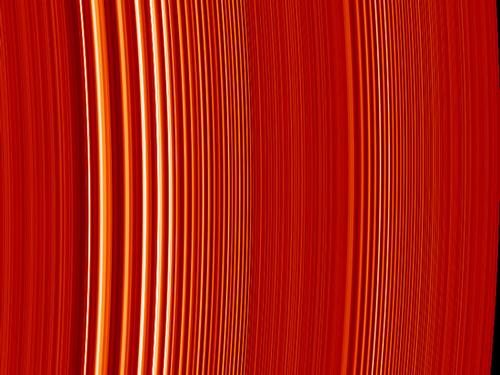 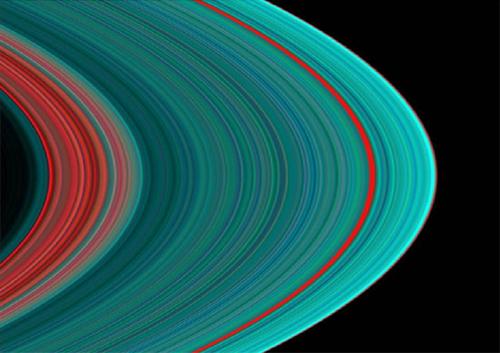 The best view of Saturn’s rings in the ultraviolet, hinting at the origins of the rings and their evolution. 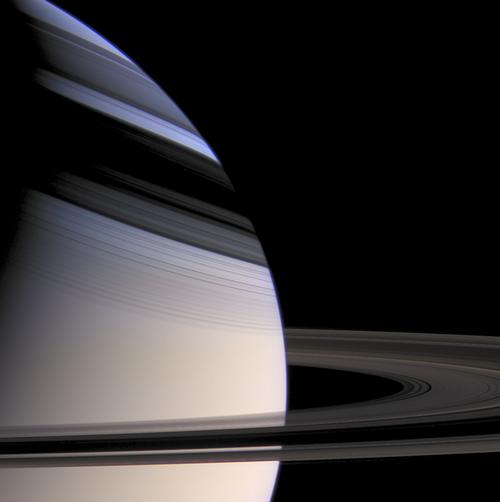 Softly hued Saturn embraced by the shadows of its stately rings.

Multiple eyes of Cassini provide complementary information about the structure of Saturn’s rings. 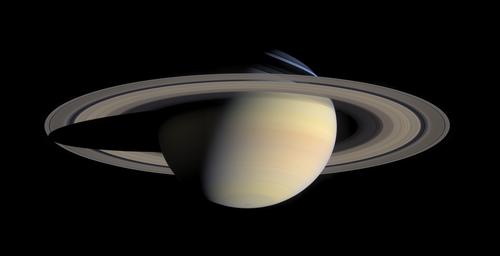 The largest, most detailed, global natural color view of Saturn and its rings ever made.