This medium-resolution view shows some of the surface streaks of Titan’s equatorial terrain. The streaks are oriented roughly east to west; however, some streaks curve to the north and others curve to the south, perhaps due to the topography of this region. North is a few degrees to the right of vertical. The scale is .85 kilometers (.53 miles) per pixel. This image was taken on Oct. 26, 2004, by Cassini’s imaging science subsystem using near-infrared filters. 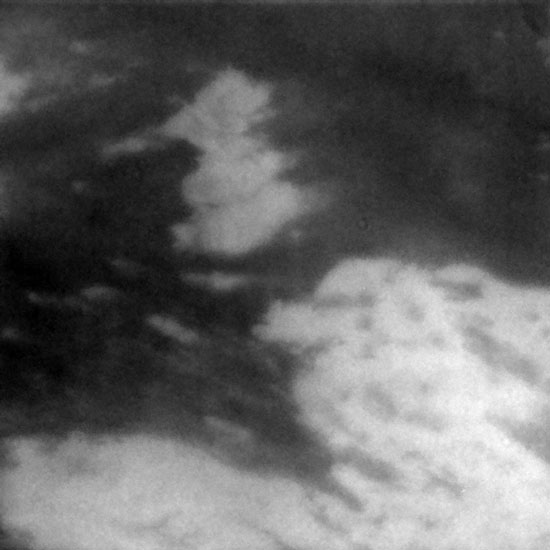