Ghostly details make this dark scene more than just a beautiful grouping of two Saturn moons, with Tethys on the left and Titan on the right. In Titan’s thick and inflated atmosphere, the detached high haze layer can be seen, as well as the complex northern polar hood (at the top). Images like this one can help scientists make definitive estimates of the altitudes to which the high haze extends.

The faint vertical banded pattern is a type of noise that usually is removed during image processing. Because this image was processed to enhance the visibility of details in Titan’s atmosphere and the faint G ring, the vertical noise was also enhanced. 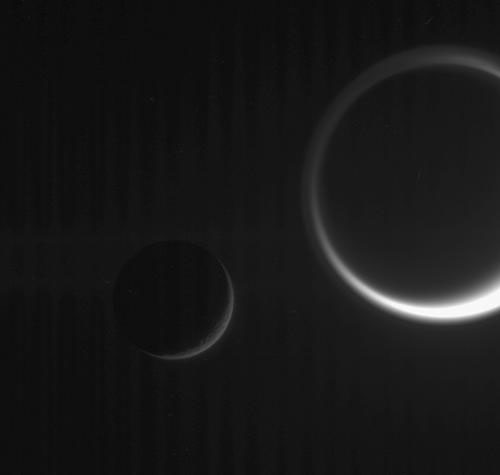