NASA Cassini Image: Saturn and Several of its Moons

W00004177.jpg was taken on January 23, 2005 and received on Earth January 24, 2005. The camera was pointing toward SATURN, and the image was taken using the MT2 and CL2 filters. This image has not been validated or calibrated. A validated/calibrated image will be archived with the NASA Planetary Data System in 2005. 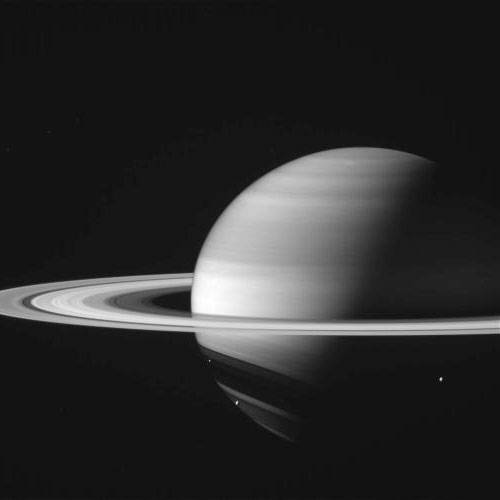