The image was taken in visible light with the Cassini spacecraft narrow angle camera on Dec. 12, 2004, at a distance of 2 million kilometers (1.2 million miles) from Rhea and at a Sun-Rhea-spacecraft, or phase, angle of 30 degrees. The image scale is about 12 kilometers (7.5 miles) per pixel. The image has been magnified by a factor of two and contrast enhanced to aid visibility. 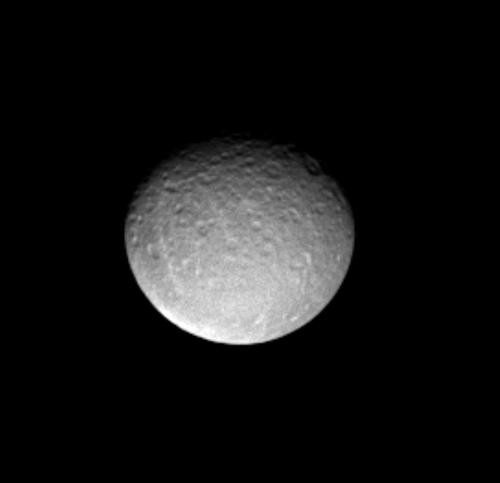