Saturn’s moon Rhea shows off the moon equivalent of a black eye — a bright, rayed crater near its eastern limb.

Rhea is about half the size of Earth’s moon. At 1,528 kilometers (949 miles) across, it is the second-largest moon orbiting Saturn.

The image was taken in visible light with the Cassini spacecraft narrow angle camera on Oct. 24, 2004, at a distance of about 1.7 million kilometers (1 million miles) from Rhea and at a Sun-Rhea-spacecraft, or phase, angle of 40 degrees. The image scale is approximately 10 kilometers (6 miles) per pixel. Cassini will image this hemisphere of Rhea again in mid-January 2005, just after the Huygens probe landing on Titan – with approximately 1-kilometer (0.6-mile) resolution. 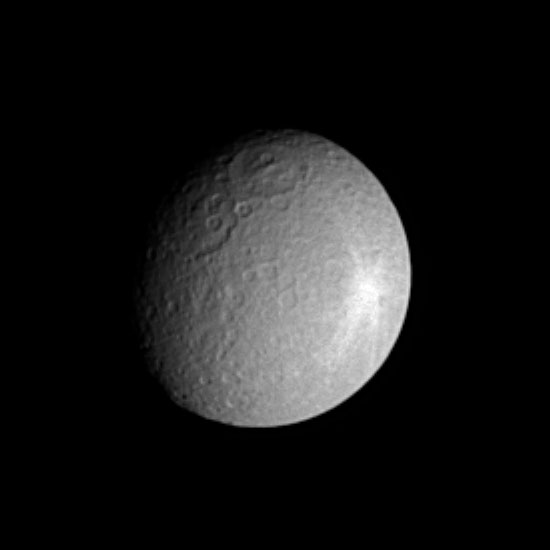