While close to Saturn in its orbit, Cassini stared directly at the planet to find Saturn’s moon Pandora in the field of view. The F ring shepherd moon is gliding towards the right in this scene. The F ring is thinly visible just above the main rings. Pandora is 84 kilometers (52 miles) across.

Near the lower left, some variation in the height of Saturn’s cloud tops can be detected. This effect is often visible near the terminator (the day and night boundary), where the Sun is at a very low angle above Saturn’s horizon. 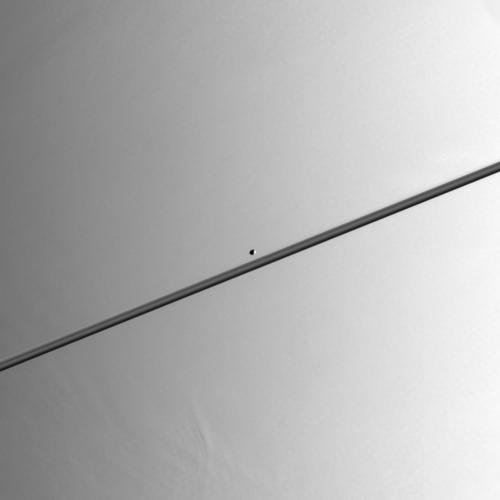