Saturn’s captivating cloud bands display a number of interesting features in this narrow angle camera image taken by the Cassini spacecraft on May 20, 2004. On close inspection, the sub-equatorial bands at around 20 degrees south latitude have a braided rope-like appearance. Also noteworthy are swirls and vortices around 60 degrees south latitude. The moon Mimas (398 kilometers, or 247 miles across) is visible just below and to the right of Saturn’s South Pole.

The image was taken when Cassini was 22 million kilometers (13.7 million miles) from Saturn through a filter centered at 727 nanometers. The image scale is 131 kilometers (81 miles) per pixel. Contrast in the image was enhanced to aid visibility. 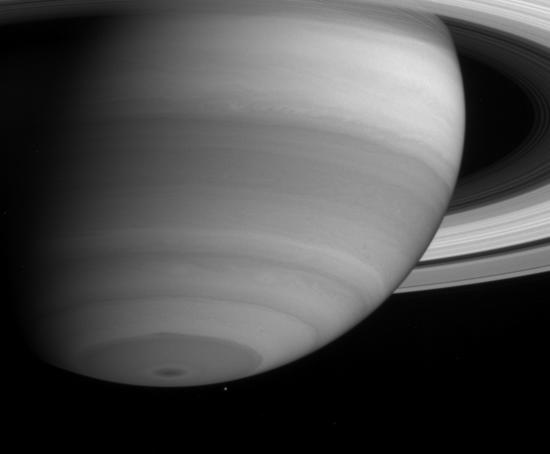