A lone moon hurtles past as the Cassini spacecraft stares into the clouds of Saturn. Cassini monitored clouds near Saturn’s equator for nearly 20 hours during an important series of observations designed to allow scientists to measure wind speeds and better understand convection in the giant planet’s atmosphere.

Mimas (397 kilometers, or 247 miles across) happened to wander across the field of view during these observations.

The image was taken with the Cassini spacecraft wide-angle camera on July 28, 2007 using a spectral filter sensitive to wavelengths of infrared light centered at 750 nanometers. The view was acquired at a distance of approximately 3.1 million kilometers (1.9 million miles) from Saturn. Image scale is 36 kilometers (22 miles) per pixel. 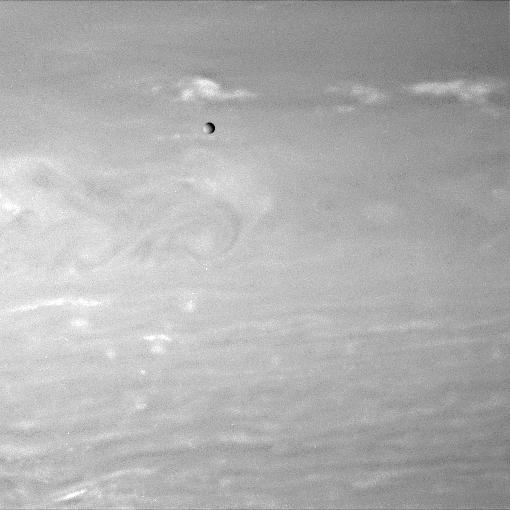