The dark shadow of Saturn’s southern hemisphere spreads across the planet’s rings all the way to the Encke gap. Close inspection of the shadow’s left-most extension reveals the penumbra, the blurry region in which ring features are only partially illuminated. A viewer within the penumbra would see the Sun partially eclipsed by Saturn.

The image was taken with the Cassini spacecraft narrow angle camera on June 21, 2004, from a distance of 6.3 million kilometers (3.9 million miles) from Saturn through a filter sensitive to visible green light. The image scale is 37 kilometers (23 miles) per pixel. 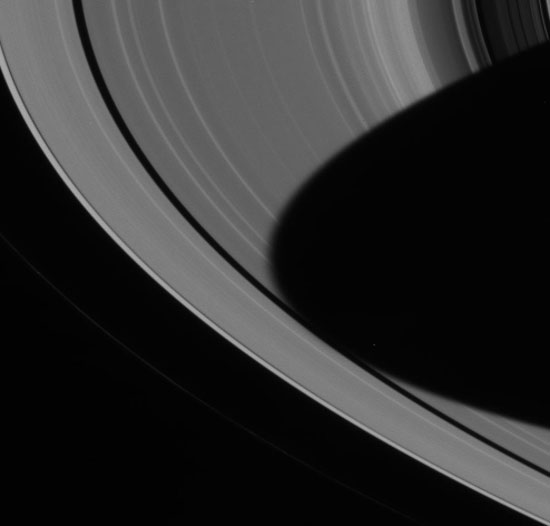