The Cassini spacecraft successfully completed its only flyby of Saturn’s moon Dione on Oct. 11. In the process, Cassini captured Dione eclipsing Saturn’s moon Rhea. In the picture above, the distance between Dione and Rhea was roughly 330,000 kilometers (205,000 miles). Cassini will swoop by Rhea on Nov. 26. Raw images of Dione’s cratered surface are now available. 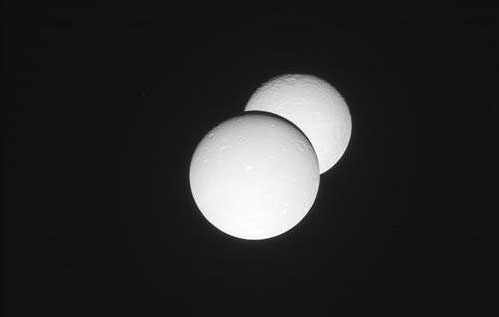