This intense false-color view highlights and enhances color variations across the cratered and cracked surface of Saturn’s moon Rhea.

To create the false-color view, ultraviolet, green and infrared images were combined into a single black and white picture that isolates and maps regional color differences. This “color map” was then superposed over a clear-filter image. The origin of the color differences is not yet understood, but it may be caused by subtle differences in the surface composition or grain sizes making up the icy soil.

This view shows terrain on the trailing hemisphere of Rhea (1,528 kilometers, or 949 miles across). North is up. 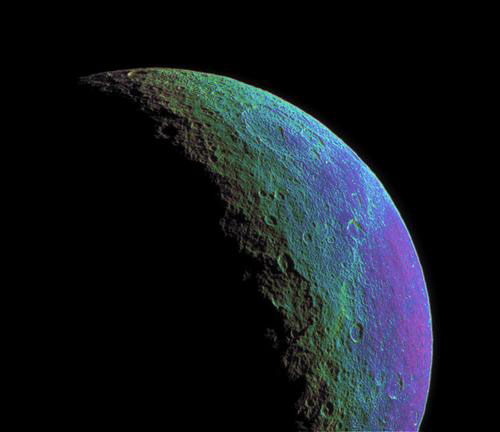