The Cassini spacecraft looks up from beneath the ringplane to spy Atlas hugging the outer edge of the A ring, above center.

The image was taken in visible light with the Cassini spacecraft narrow-angle camera on Feb. 23, 2006, at a distance of approximately 1.1 million kilometers (700,000 miles) from Atlas (32 kilometers, or 20 miles across). The image scale is 7 kilometers (4 miles) per pixel on Atlas. 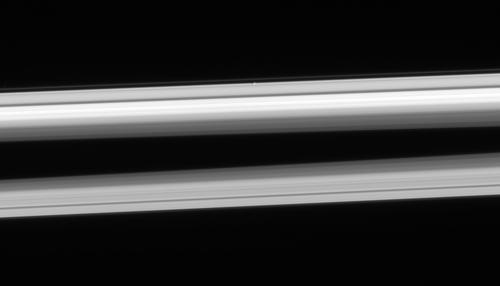