This view looks toward the unilluminated side of the rings from less than a degree above the ringplane. The silhouette of the rings overlay the subtle texture of Saturn’s atmosphere.

The image was taken in visible green light with the Cassini spacecraft wide-angle camera on July 29, 2007. The view was obtained at a distance of approximately 3.2 million kilometers (2 million miles) from Saturn and at a Sun-Saturn-spacecraft, or phase, angle of 32 degrees. Image scale is 188 kilometers (117 miles) per pixel. 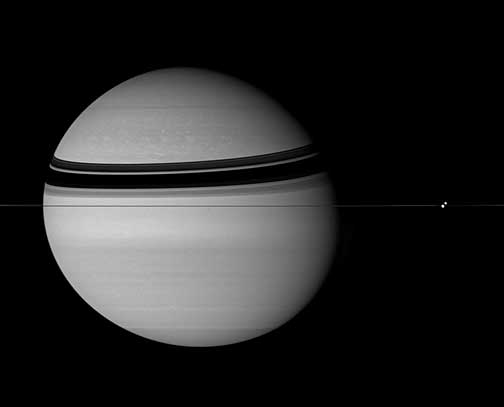