Cassini captured intriguing cloud structures on Saturn as it neared its rendezvous with the gas giant. Notable is the irregularity in the eastern edge of the dark southern polar collar. The image was taken with the Cassini spacecraft narrow angle camera on May 21, 2004, from a distance of 22 million kilometers (13.7 million miles) from Saturn through a filter sensitive to absorption and scattering of sunlight in the near infrared by methane gas (centered at 727 nanometers). The image scale is 131 kilometers (81 miles) per pixel. No contrast enhancement has been performed on this image. 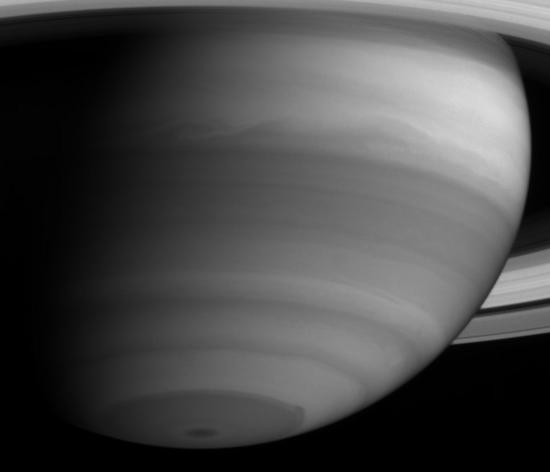