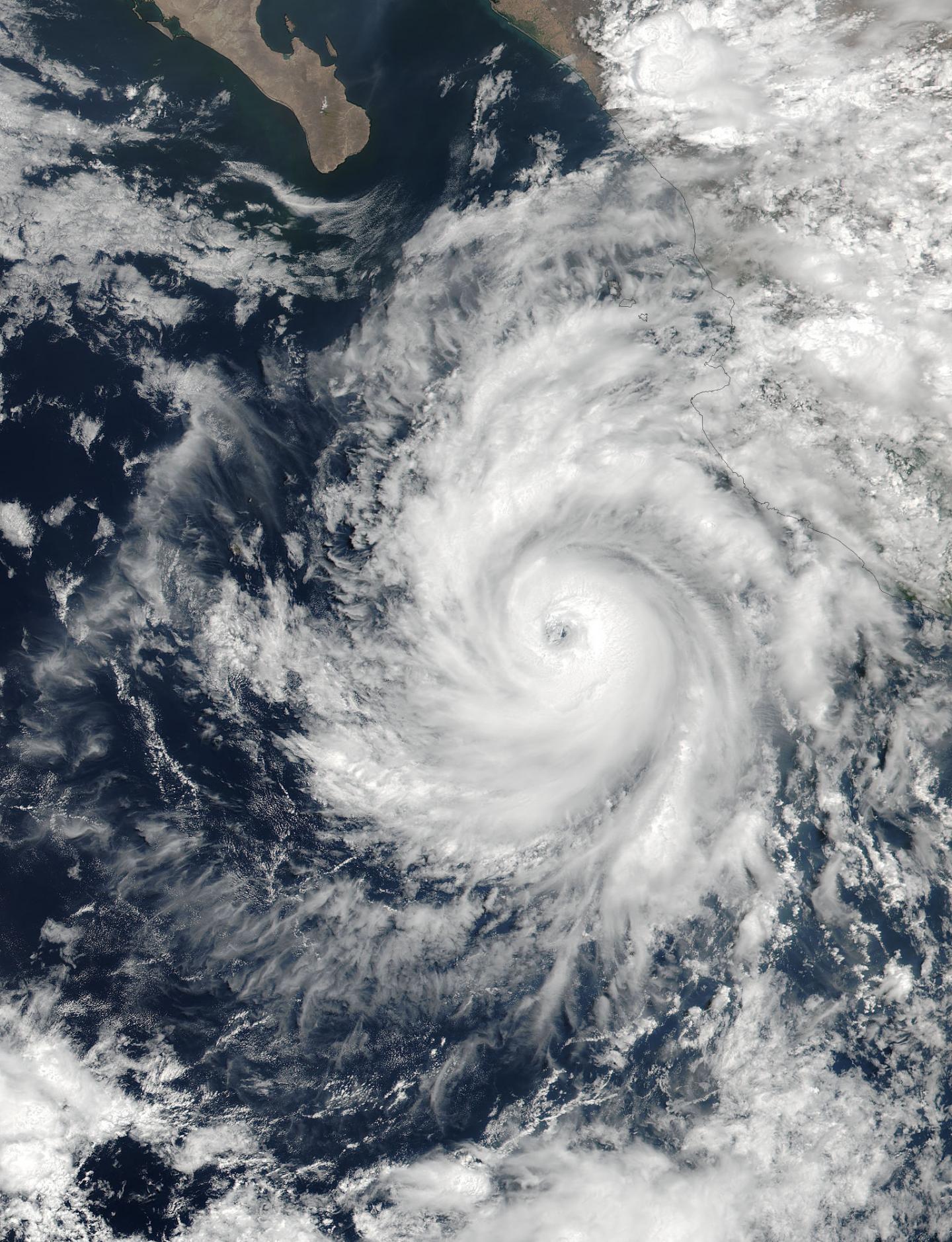 NASA-NOAA’s Suomi NPP satellite captured an image of Dora at peak strength late on June 26 before it started moving over cooler waters that began sapping its power.

That strength didn’t last long as Dora moved over cooler waters and began to weaken early on June 27. Dora appeared degraded in satellite imagery as strong convection and thunderstorms were diminishing, although the storm still maintained a visible eye.

At 11 a.m. EDT (1500 UTC) on Tuesday, June 27, Dora’s maximum sustained winds have decreased slightly to near 75 mph (120 kph) with higher gusts. Dora is a small tropical cyclone, as hurricane-force winds extended outward up to 15 miles (30 km) from the center.

The NHC said the eye of Hurricane Dora was located near latitude 19.3 degrees north and longitude 110.2 degrees west. That’s about 250 miles (400 km) south of the southern tip of Baja California, Mexico. Dora was moving toward the west-northwest near 13 mph (20 kph). The NHC said the center of Dora is expected to pass just north of Socorro Island later today, and remain well south of the Baja California Peninsula.

Dora is moving over sea surface temperatures cooler than 26.6 degrees Celsius or 80 degrees Fahrenheit, which is the threshold to maintain a tropical cyclone. Temperatures cooler than that weaken tropical cyclones. The NHC said that the waters beneath Dora will continue to cool for the next couple of days so Dora is expected to weaken to a tropical storm later today, June 27, and degenerate to a remnant low pressure area over the next two days..