This is a shot of Pad 39B at the Kennedy Space Center, which is being prepared for the Ares I-X test flight later this year. That particular pad — as well as its twin, pad 39A — was the site of space shuttle launches since the 1980s until 39B was retired in 2006 (pad 39A is now the primary site).

In this picture, which was taken at dawn, you can see the towers of the new lightning protection system for the pad. Each of the three new lightning towers will be 500-feet tall with an additional 100-foot fiberglass mast on top of them. This work is being done because the Ares and Orion stack will be much taller than the shuttle is, coming in at more than 300-feet tall. 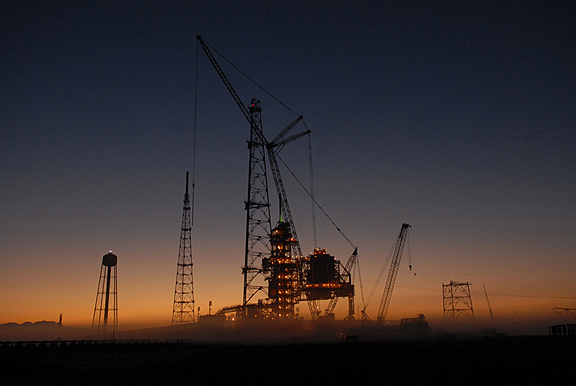