This first MSG-2 satellite colour image of the Earth was acquired on 25 January. It follows the MSG-2 first image, in black and white, which was unveiled on 24 January.

The second Meteosat Second Generation satellite, developed on behalf of EUMETSAT under the aegis of the European Space Agency, was launched from the Guiana Space Centre, Europe’s spaceport, in Kourou, French Guiana, on 21 December 2005.

Once operational, MSG-2 will secure the high availability and reliability of the Meteosat Second Generation System. 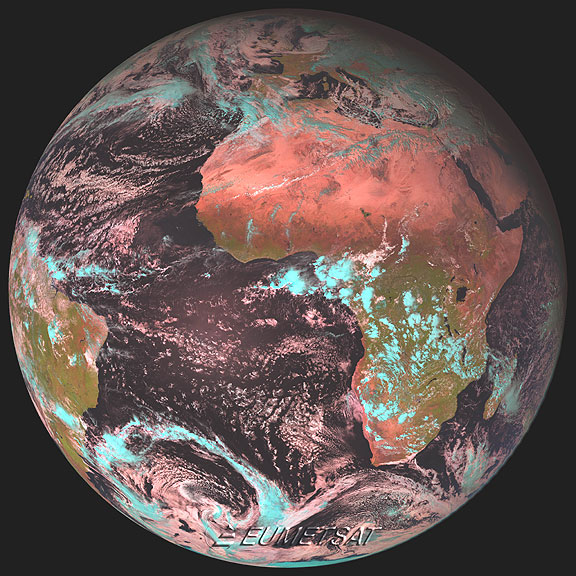