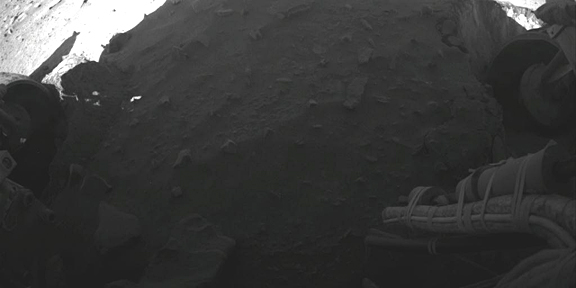 Spirit Status for sol 2486-2491: No communication has been received from the Spirit since Sol 2210 (March 22, 2010). The project continues to listen with the Deep Space Network (DSN) and the Mars orbiters for autonomous recovery communication from a low-power fault case. Different frequency reference offsets will be used by the DSN in case Spirit’s receiver’s frequency response has drifted.

The project also continues the “Sweep & Beep” paging strategy to stimulate the rover in the case of a mission-clock fault. The time window for the Sweep & Beep commanding is being expanded to cover more possible timing cases. The JPL Radio Science team is also expanding the time window over which it listens to cover the possibility that Spirit’s clock may have drifted more than estimated and the rover locks up at a different time on the signal to Mars Reconnaissance Orbiter (which shares the same X-band frequency channel). The period of maximum solar insolation (energy production) for Spirit occurs around mid-March 2011.