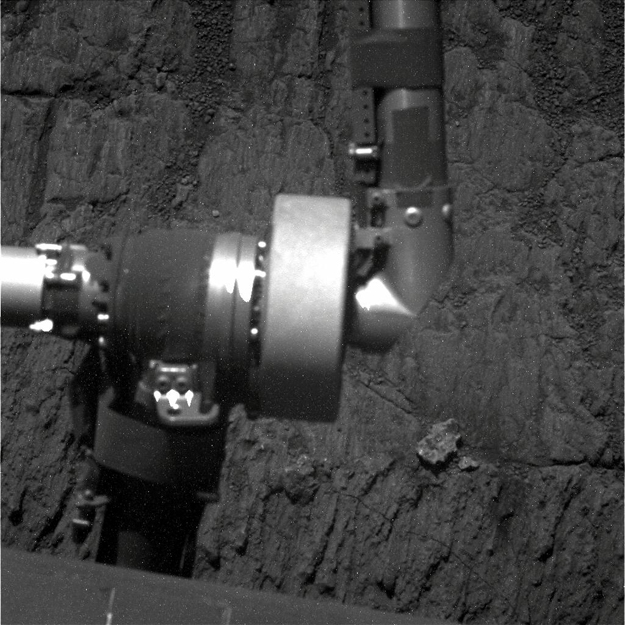 Opportunity is working at “Matijevic Hill” (named in honor of Jake Matijevic) at the inboard edge of “Cape York” on the rim of Endeavour Crater. There, the rover has been conducting in-situ (contact) science measurements at a location called “Copper Cliff.”

On Sol 3160 (Dec. 13, 2012), Opportunity began taking images with its Microscopic Imager (MI) for a mosaic of a surface target. Partway through the activity, the rover’s robotic arm experienced a stall in the shoulder azimuth joint. This has been seen a few times before when the arm is commanded to move at a slow rate, but not the slowest rate. Magnetic detents normally hold the motor armature when unpowered, and under certain slow-rate conditions they are able to restrain the armature from spinning. At higher rates, the armature has enough momentum to keep spinning, while at the slowest rates a higher stall threshold is used. Activities on Sol 3162 (Dec. 15, 2012) confirmed the joint is OK, and an offset placement of the Alpha Particle X-ray Spectrometer (APXS) was completed.

On Sol 3165 (Dec. 18, 2012), Opportunity bumped about 18 feet (5.5 meters) to the west to reach a new set of surface targets in this Copper Cliff area. The rover will likely continue in-situ investigations in the area through the coming holiday. 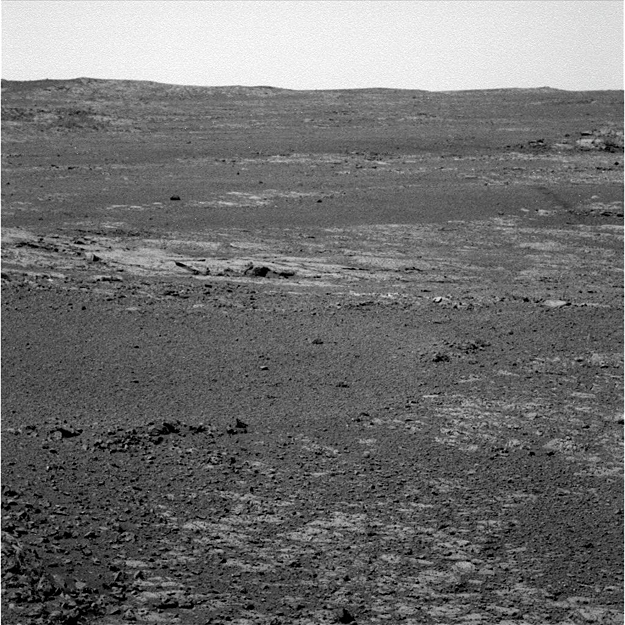 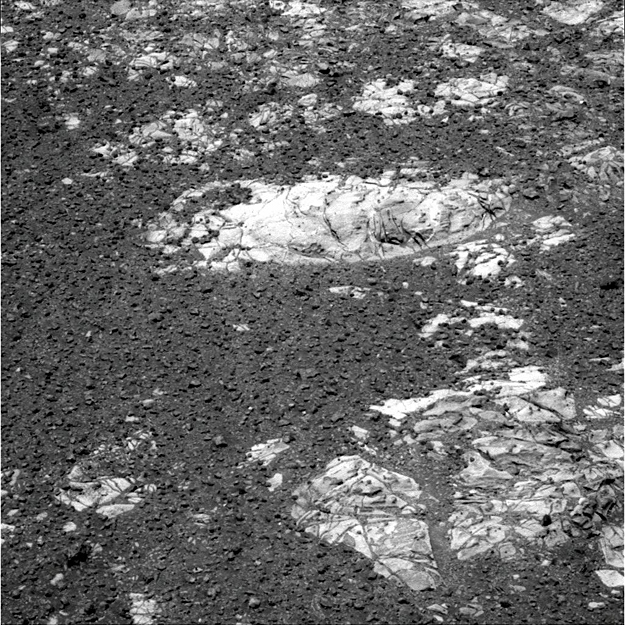