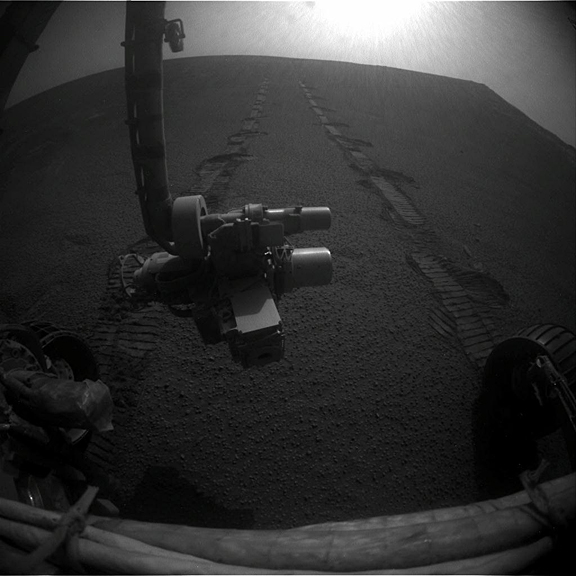 The exploration campaign consists of wide-baseline imaging surveys with both navigation camera (Navcam) and panoramic camera (Pancam) from several points around the rim of the crater. Because of the holiday period on Earth, the rover performed several sols of remote sensing imagery on Sols 2465, 2466 and 2467 (Dec. 30, Dec. 31 and Jan. 1, 2011). On the next sol, Opportunity drove over 56 meters (184 feet) south then southeast, moving counter clockwise around the crater to set up for the next wide-baseline stereo imaging.

On Sols 2469 (Jan. 3, 2011) and 2470 (Jan. 4, 2011), more remote sensing imagery was collected along with an alpha particle X-ray spectrometer (APXS) measurement of atmospheric argon. After the completion of the image survey from the current location, the rover will continue to move further around the crater for more imaging, and eventually positioning herself near the southeast portion of the rim for solar conjunction (starting late-January) for long-term in situ (contact) science with the moessbauer (MB) spectrometer on putative hydrated sulfate minerals. 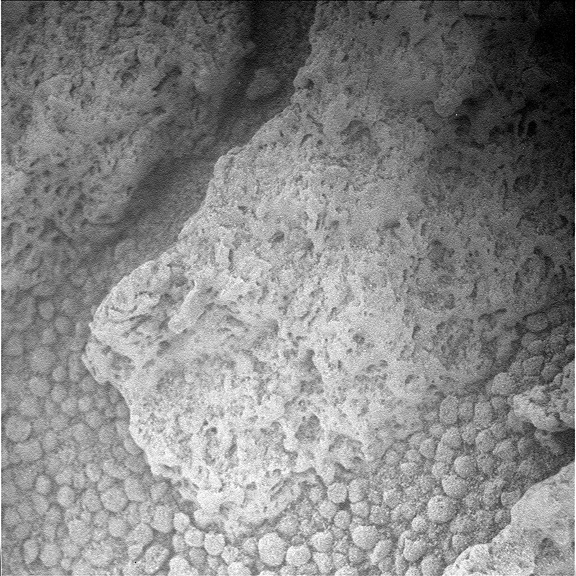 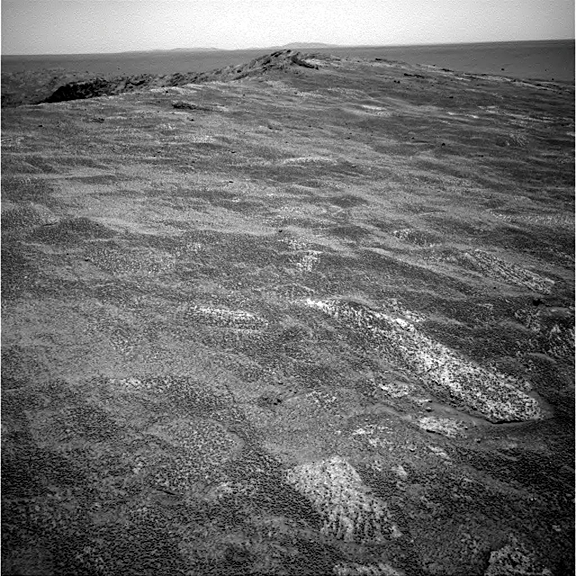