Mars Express Images of the Western flank of Olympus Mons

Western flank of Olympus Mons (click on image to enlarge) 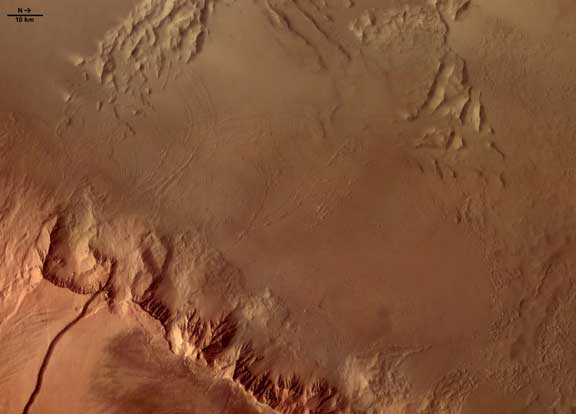 These images from ESA’s Mars Express show the western flank of the shield volcano Olympus Mons in the Tharsis region of the western Martian hemisphere.

These images were taken by the High Resolution Stereo Camera (HRSC) during orbit 143 from an altitude of 266 kilometres. They were taken with a resolution of about 25 metres per pixel and are centred at 222° East and 22° North. North is to the right.

The images show the western flank of Olympus Mons and the escarpment at lower left rises from the surface level to over 7000 metres. At the top of the image, part of the extensive plains west of the escarpment are shown, known as the ‘aureole’ (from the Latin for ‘circle of light’). 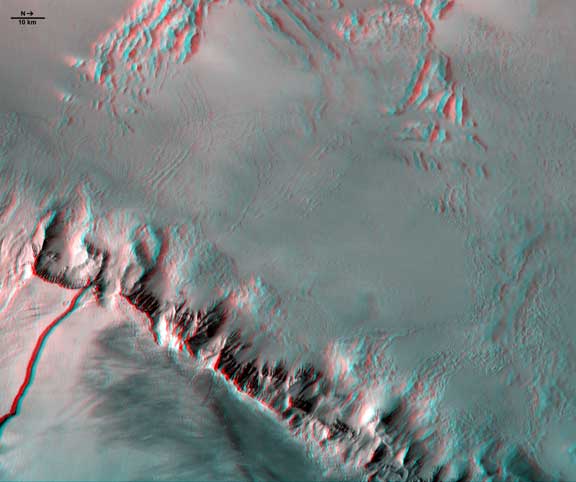 To the north and west of the volcano, these ‘aureole’ deposits are regions of gigantic ridges and blocks extending some 1000 kilometres from the summit like petals of a flower. The origin of the deposits has challenged planetary scientists for an explanation for decades.

The most persistent explanation, however, has been landslides. Large masses of shield material can be found in the aureole area. Several indications also suggest a development and resurfacing connected to glacial activity. 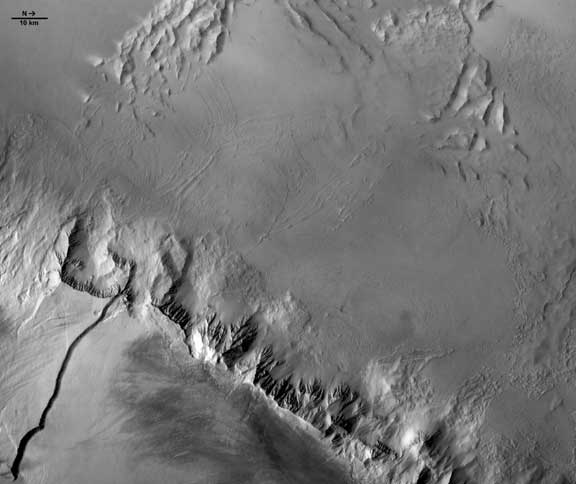 The colour image has been created from the nadir and three colour channels. Image resolution has been decreased to 50%.

The anaglyph (3D) image has been created from the nadir channel (vertical view) and one stereo channel of the HRSC. This 3D image above requires stereoscopic glasses to view. 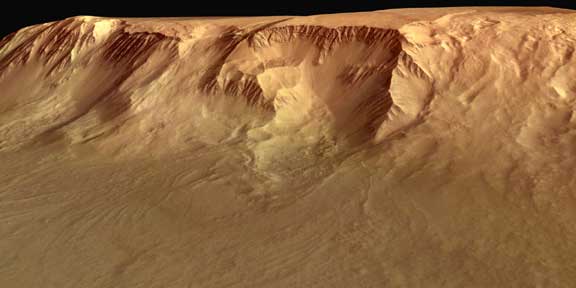 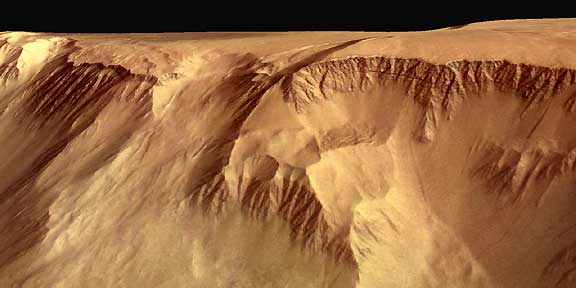 For more information on Mars Express HRSC images, you might like to read our updated ‘Frequently Asked Questions‘.