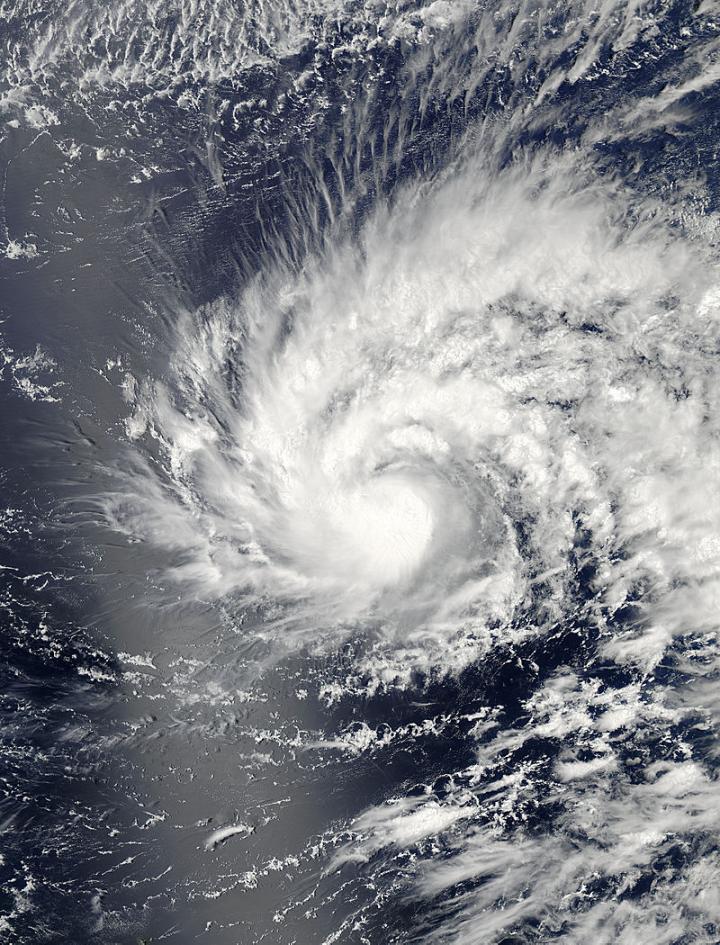 A tropical cyclone does not always have consistently strong winds all the way around it, and NASA’s ISS-RapidScat instrument confirmed that was the case with Typhoon Maysak as it was strengthening in the Northwestern Pacific Ocean. Over the course of three days, As the tropical cyclone strengthened, RapidScat saw strongest sustained winds around Typhoon Maysak expand and spread from the northern quadrant to other quadrants of the storm.

On March 29 from 9:34 to 11:07 UTC those isolated areas of strongest winds appeared to concentrate in the northeastern quadrant around the storm’s center of circulation. Later on March 29, when RapidScat viewed Maysak again between 20:22 and 21:54 UTC, wind speeds had increased and the strongest winds were near 35 m/s (78.2 mph/126 kph) over the northern quadrant with much stronger winds more uniform around the entire center near 30 m/s (67 mph/108 kph).

Maysak is moving west-northwest through the Federated States of Micronesia and the Joint Typhoon Warning Center forecast calls for the storm to continue intensifying to 120 knots in a day or two. After two days, the storm is expected to weaken and begin curving to the west-northwest.