Images of Leyte Island Observed by the PALSAR onboard the “Daichi”

The Japan Aerospace Exploration Agency (JAXA) acquired images of Leyte Island in the Republic of the Philippines, where a huge landslide occurred on February 17, by the Phased Array type L-band Synthetic Aperture Radar (PALSAR) onboard the Advanced Land Observing Satellite “Daichi.” After being analyzed by JAXA, images have been provided to the following organizations.

The images were observed and taken by the PALSAR around 10:50 a.m. on February 24 (Japan Standard Time, JST) as part of the initial functional test for the “Daichi.” The images and their explanations are in Attachment-1.

*2 Asian Disaster Reduction Center (ADRC): The ADRC was established in 1998 in Kobe, Japan, as a key organization to promote multilateral cooperation for disaster preparation at regional levels in Asia. It engages in information exchange among disaster experts from each country’s relevant organization(s), as well as information gathering and provision, investigation and research on multilateral cooperation for disaster preparation/resection. The images JAXA provided this time will be offered to the local disaster reduction organization in the Philippines through the ADRC. (ADRC URL: http://www.adrc.or.jp/top.php) 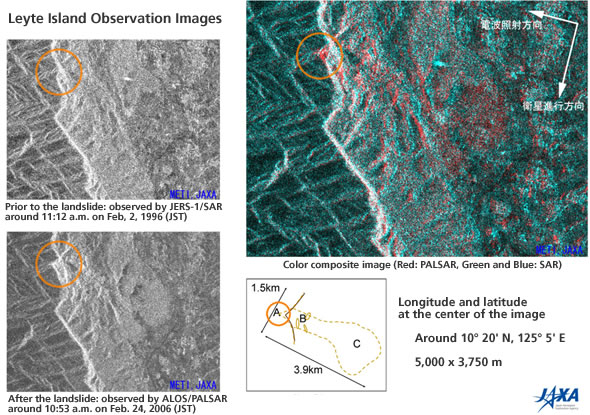 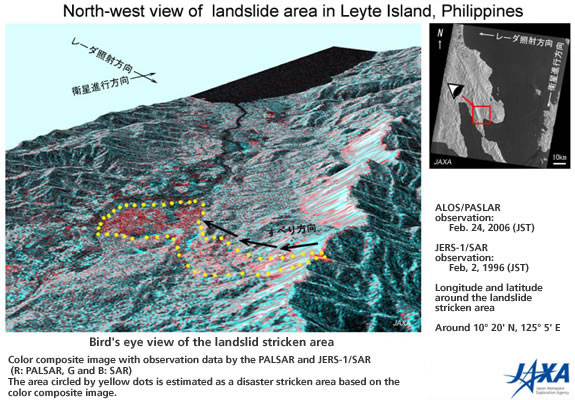 Figure 2: Layte Island Observed from the North-west Side