By SpaceRef Editor
June 13, 2012
Filed under Astrophysics, NASA HQ, US 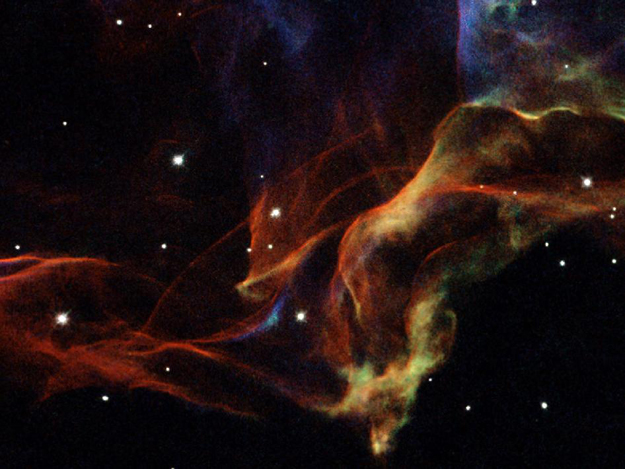 The Veil Nebula, left behind by the explosion of a massive star thousands of years ago, is one of the largest and most spectacular supernova remnants in the sky. The image was taken with Hubble’s Wide Field Planetary Camera 2 in November 1994 and August 1997. Image Credit: NASA, ESA, and the Hubble Heritage (STScI/AURA)-ESA/Hubble Collaboration; Acknowledgment: J. Hester (Arizona State University). :arger image.