By SpaceRef Editor
July 27, 2012
Filed under Astrophysics, NASA HQ, US 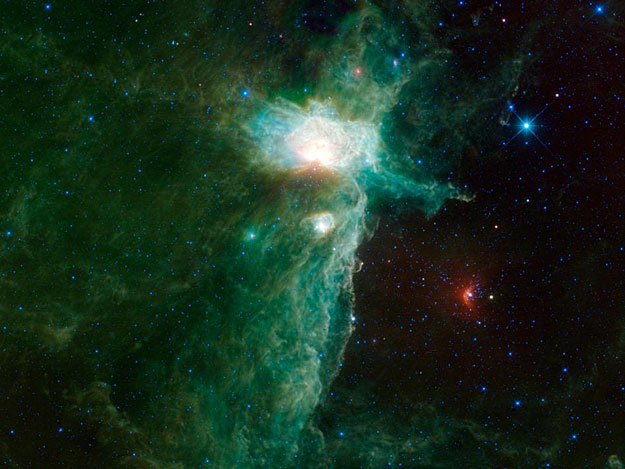 The Flame Nebula sits on the eastern hip of Orion the Hunter, a constellation most easily visible in the northern hemisphere during winter evenings. This view of the nebula was taken by WISE, NASA’s Wide-field Infrared Survey Explorer.

This image shows a vast cloud of gas and dust where new stars are being born. Three familiar nebulae are visible in the central region: the Flame Nebula, the Horsehead Nebula and NGC 2023. The Flame Nebula is the brightest and largest in the image. It is lit by a star inside it that is 20 times the mass of the sun and would be as bright to our eyes as the other stars in Orion’s belt if it weren’t for all the surrounding dust, which makes it appear 4 billion times dimmer than it actually is.