Image: The Clouds of Saturn 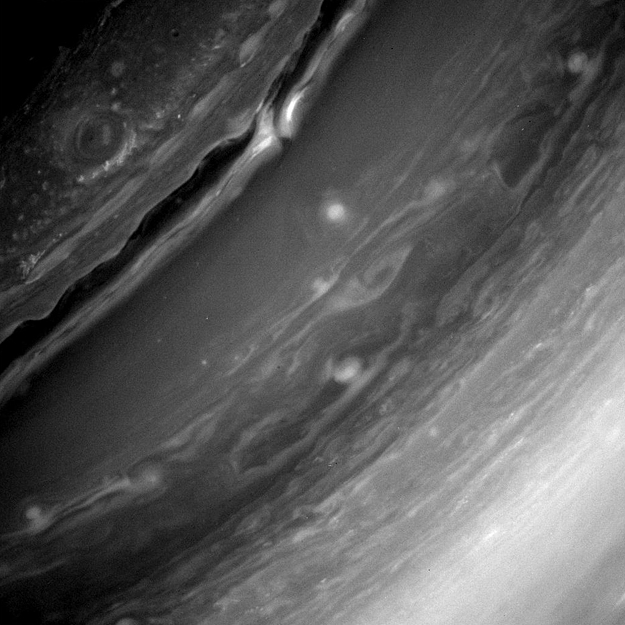 This image was taken on December 24, 2012 and received on Earth December 26, 2012. The camera was pointing toward Saturn at approximately 441,028 miles (709,766 kilometers) away, and the image was taken using the CB2 and CL2 filters. This image has not been validated or calibrated. A validated/calibrated image will be archived with the NASA Planetary Data System in 2013. Image Credit: NASA/JPL/Space Science Institute Full-Res: W00078573.jpg