Image: Spring Fans Bursting from Cracks in Ice on Mars 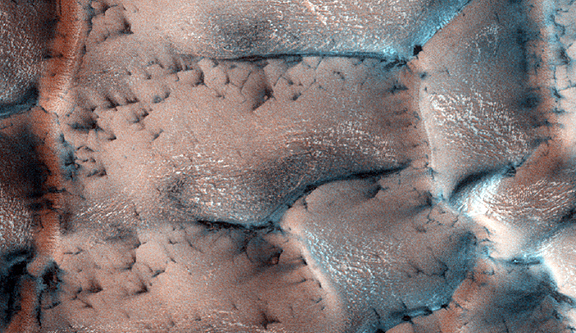 Sand dunes in the North polar region of Mars are covered every winter by a layer of carbon dioxide ice (dry ice). In the springtime the ice on the dunes cracks, often in polygonal patterns.

Once the ice layer has cracked the sand below can escape. It may be blown downwind, landing in fan-shaped deposits on top of the seasonal layer of ice. It may also slide down the sides of the dunes, often the case when the ice ruptures at the crest of the dune.