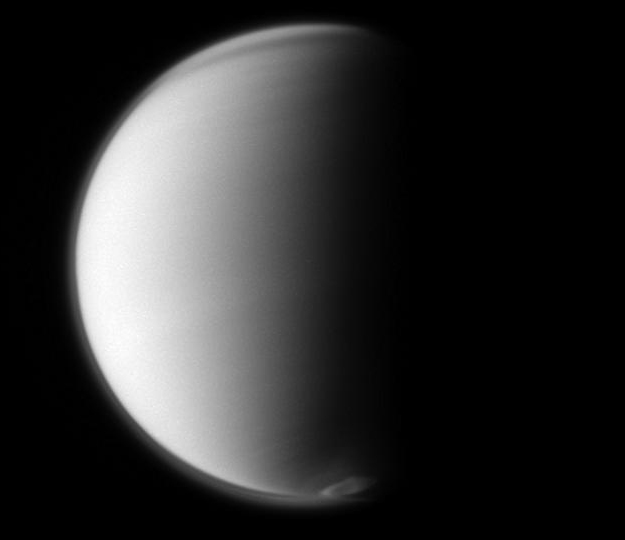 The Cassini spacecraft monitors Titan’s developing south polar vortex, which is a mass of swirling gas around the pole in the atmosphere of the moon.

This view looks toward the Saturn-facing side of Titan (3,200 miles, 5,150 kilometers across). North is up and rotated 14 degrees to the left.

The image was taken in visible blue light with the Cassini spacecraft narrow-angle camera on July 18, 2012. The view was acquired at a distance of approximately 1.9 million miles (3 million kilometers) from Titan and at a Sun-Titan-spacecraft, or phase, angle of 85 degrees. Scale in the original image was 11 miles (18 kilometers) per pixel. The image was contrast enhanced and magnified by a factor of 1.5 to enhance the visibility of features.