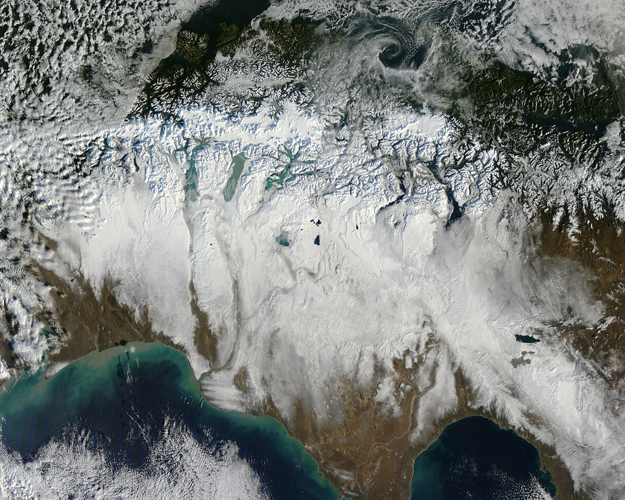 Snow blanketed southern Patagonia in late May 2012. The Moderate Resolution Imaging Spectroradiometer (MODIS) on NASA’s Terra satellite captured this natural-color image on May 30, when snow cover extended from the mountains of Chile eastward across the plains of Argentina. In hues of teal and navy blue, glacial lakes stood out from the snow.

This image was acquired on the morning of May 30. Some of the snow had melted by that afternoon, when MODIS on NASA’s Aqua satellite acquired another view of the same area.

Although snow is far more common in the Northern Hemisphere, parts of the Southern Hemisphere also see regular snowfall. Long-term observations indicate that snow cover is likely in parts of southern Argentina and Chile during June.