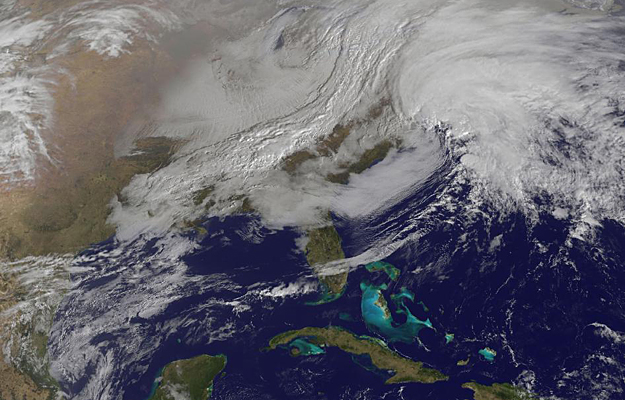 A massive winter storm is coming together as two low pressure systems are merging over the U.S. East Coast. A satellite image from NOAA’s GOES-13 satellite on Feb. 8 shows a western frontal system approaching the coastal low pressure area.

The satellite image, captured at 9:01 a.m. EST, shows clouds associated with the western frontal system stretching from Canada through the Ohio and Tennessee valleys, into the Gulf of Mexico. The comma-shaped low pressure system located over the Atlantic, east of Virginia, is forecast to merge with the front and create a powerful nor’easter.

The National Weather Service expects the merged storm to move northeast and drop between two to three feet of snow in parts of New England. Credit: NASA