Image: National Mall in Washington, DC As Seen From Orbit 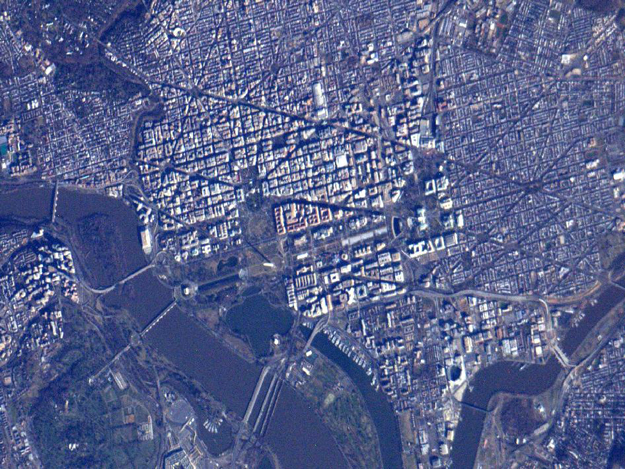 Astronauts on board the International Space Station captured this view of Washington, D.C. and the surrounding area on Sunday, Jan. 20, one day before the public Inauguration of President Barack Obama.

This detailed view shows the Potomac River and its bridges at left, with National Mall at the center, stretching eastward from the Lincoln Memorial to the Washington Monument toward the Capitol building, where the inaugural ceremony will be held.

NASA has been participating in inaugural activities this weekend, culminating in the appearance of the Curiosity rover and Orion spacecraft in the Inaugural Parade on Monday, Jan. 21. See www.nasa.gov/inauguration for more.