Image: Mimas Emerges From Behind Dione 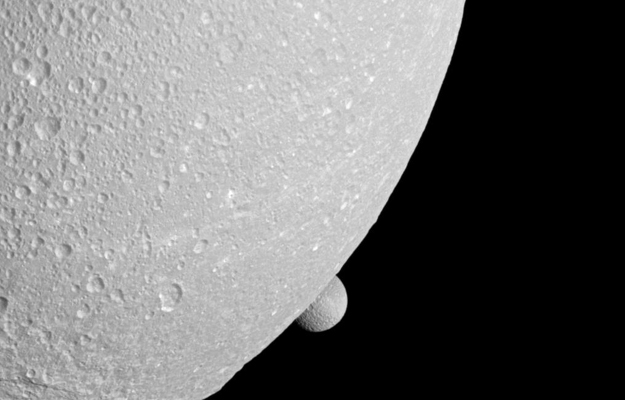 Saturn’s moon Mimas peeps out from behind the larger moon Dione in this view from the Cassini spacecraft.

Mimas (246 miles, or 396 kilometers across) is near the bottom center of the image. Saturn’s rings are also visible in the top right. This view looks toward the anti-Saturn side of Dione (698 miles, or 1,123 kilometers across). North on Dione is up and rotated 20 degrees to the right. This view looks toward the northern, sunlit side of the rings from just above the ringplane.