Image: London as Seen At Night From The International Space Station 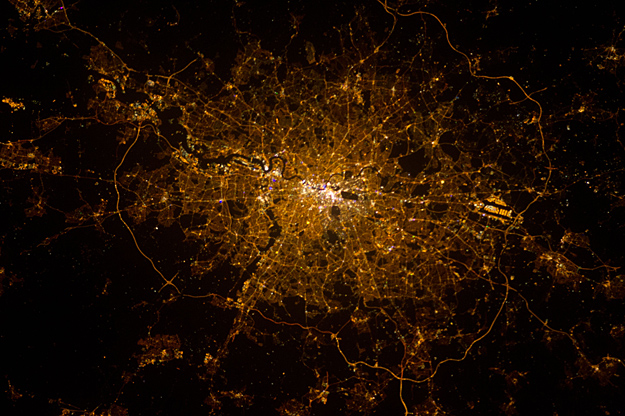 This nocturnal photo of London, England was downlinked by the Expedition 34 crew from the International Space Station, flying approximately 240 miles above Earth, on Feb. 2, 2013. Expedition 34 Flight Engineer Chris Hadfield, astronaut with the Canadian Space Agency, added this footnote to his downlink: “London, on the Thames, from the city to the encircling motorway. Heathrow very visible on the (west).” North is at the bottom making west on the right in this image. It’s the bright feature with dark parallel lines near the outer looping road. ISS034-E-039331 (2 Feb. 2013) – high res (1.4 M) low res (104 K)